Soybean aphid infestation numbers continue to be low with aphids observed in about 22% of the soybean fields scouted last week, mainly in the eastern half of ND and central to northwestern MN. The percent of plants infested ranged from 3-29% with only an average of 1-5 aphids per plant among the positive observations. The good news is that parasitized aphid mummies were observed in about 10% of fields surveyed and ranged from 36-58% parasitism. Growth stages of soybeans ranged from R2 (full bloom) to R4 (full pod).

Spider mites are still hard to find and only present on field edges in about 3% of soybean fields surveyed last week. Continue to scout soybean fields at least weekly for soybean aphids and spider mites through R6 (full seed).

Adult grasshoppers are increasing! Harvesting of wheat and barley is getting started in ND. Be vigilant on scouting for grasshoppers moving into row crops (soybeans, dry beans, sunflower, flax) as cereal grains are harvested. 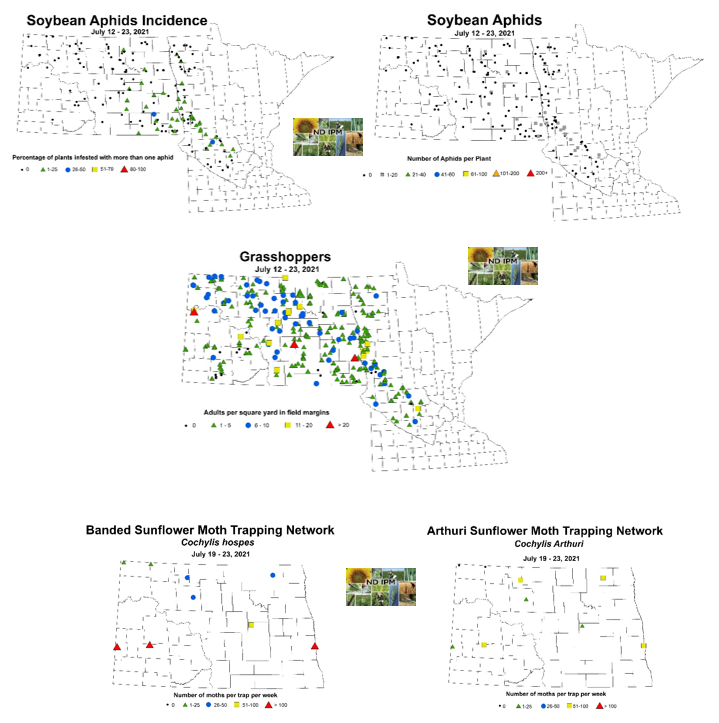