The first half of June was the warmest or one of the warmest on record.  Both Bismarck and Fargo recorded the warmest first 15 days of June on record, with Williston recording the second warmest and Grand Forks coming in as the fifth warmest.  If you are curious, the previous record was back in 1988.  The second half of this month looks cooler with some of the coolness definitely occuring during this forecast period. There will be several days with maximums in the 70s in this period, especially across northern North Dakota, with Monday perhaps even recording highs in the 60s across much of North Dakota into northwestern Minnesota. This cooler air will come in two waves, with a cold front moving through the area on Friday and another one late Saturday into Sunday morning. It appears that the second push of colder air over the weekend will bring with it the best opportunity for rain across the area. Speaking of rain, Figure 1 includes rain from the past 7 days ending at 10:00 AM Wednesday, June 16.  Figure 2 gives percentage of average rain from May 1 through June 15, 2021. 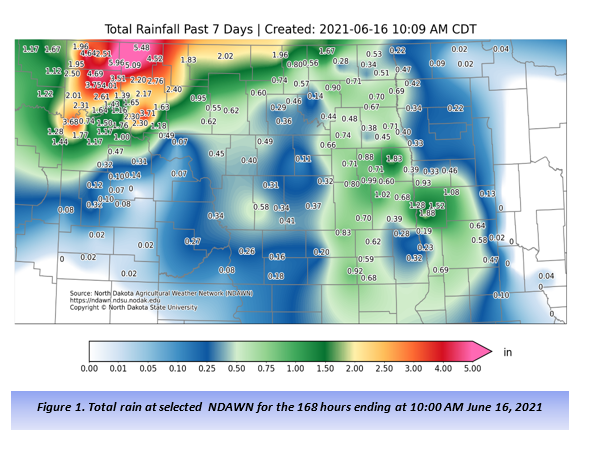 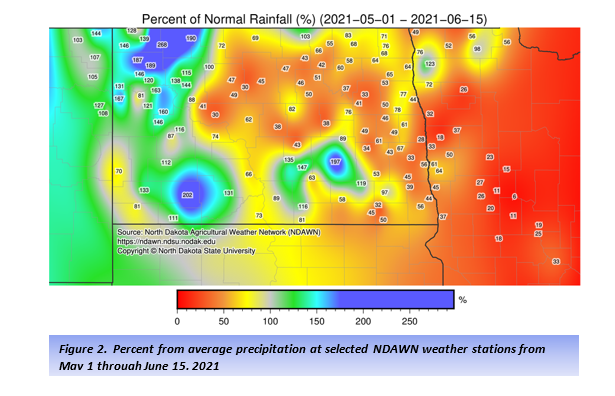 With the first half of June being near or the warmest on record, it will surprise no one that this past week recorded temperatures well above average.  The period from June 9 through June 15, many NDAWN (North Dakota Agricultural Weather Network) stations average temperature was between 6° to 10° above normal (Figure 3). 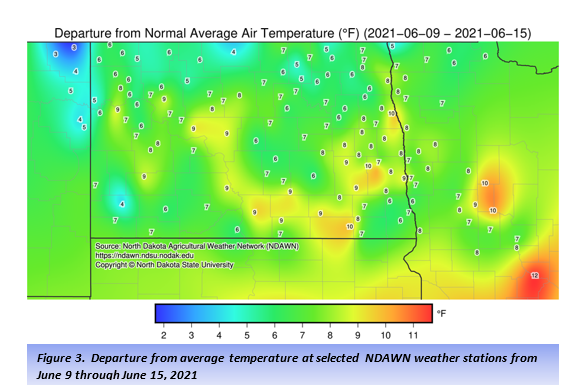 With cooler air expected in the next 7 days, growing degree days during this period will be below average for the time of year. The projected growing degree days (GDDs) base 32°, 44° and 50° for the period of June 17 through June 23, 2021 can be found in Figure 4. 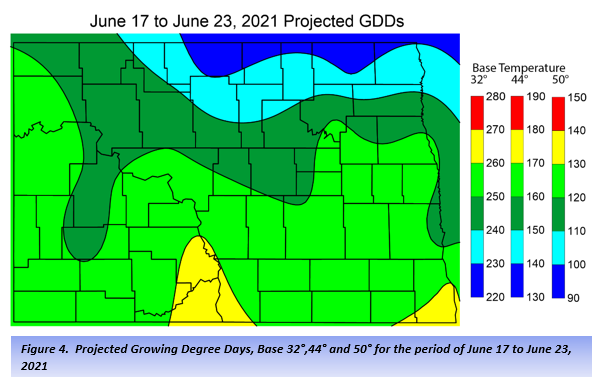 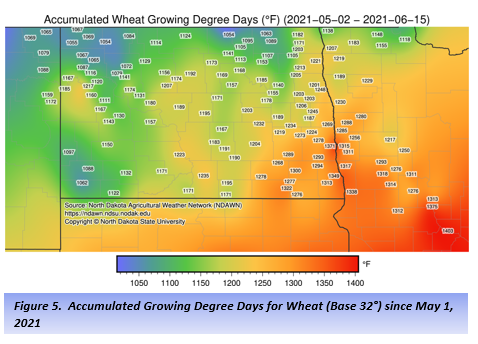 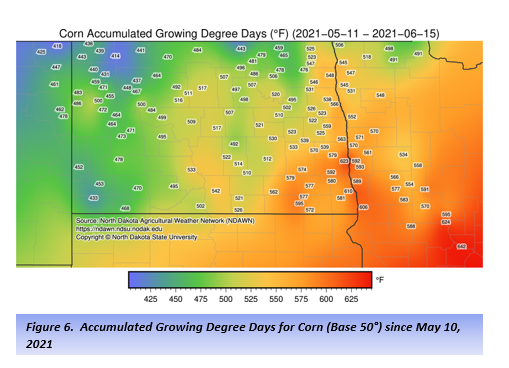