This past week had one main period of rain across the region that occurred on Saturday night into Sunday. The highest rain totals were between Highway 2 and Interstate 94 where some localized areas near one inch were recorded (Figure 1). Most other locations recorded at least some rain with the main exception in the southwest corner of North Dakota. 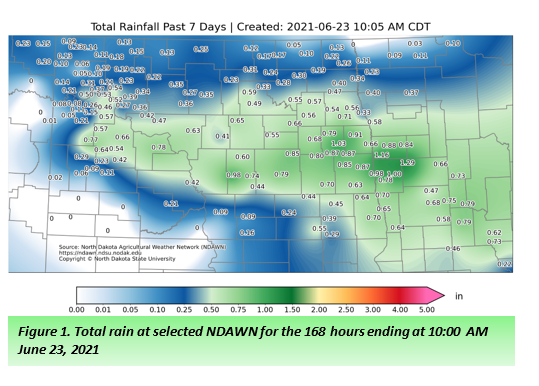 The rain was associated with an area of low pressure and a cold front. Temperatures were well below average for two or three days depending on your location. It was cold enough for frost to be reported in portions of western and southern North Dakota on June 21. Overall, this past week the temperatures were mostly in the 2° to 5° below average range (Figure 2). 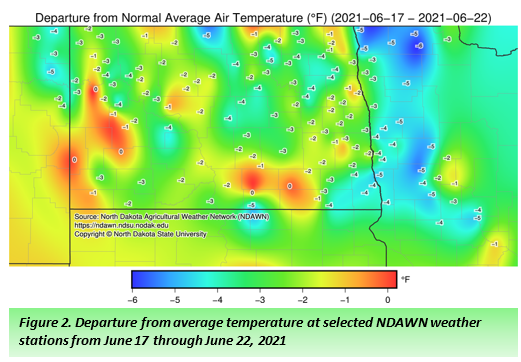 Yesterday (Wednesday) was likely the hottest day the region will experience in the short term. During this next week a ridge of high pressure aloft will build over the Pacific Northwest. This will mean North Dakota and northwestern Minnesota will continue to have the upper-level wind blow in from the northwest or even the north at times. This is expected to keep temperatures near seasonal averages for the next several days. The big question is will that “bubble” of heat push into the Northern Plains next week? If it does, it would probably be later next week into perhaps the Independence Day weekend period. There should be some rain Friday in especially southwestern North Dakota and some hit and miss activity over the weekend. Yet, the overall pattern does not look to be conducive anytime soon to a more widespread event like was recorded last weekend. 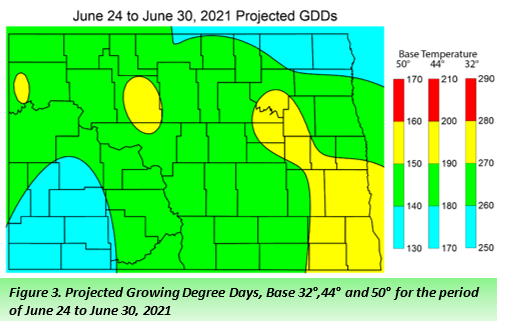 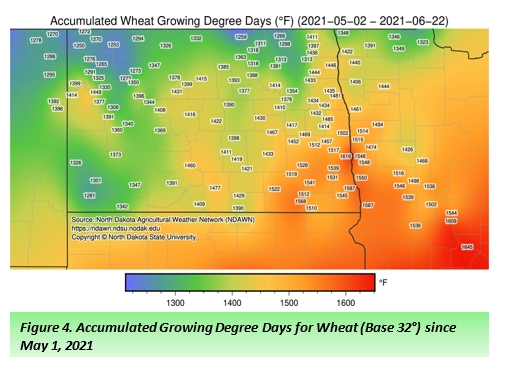 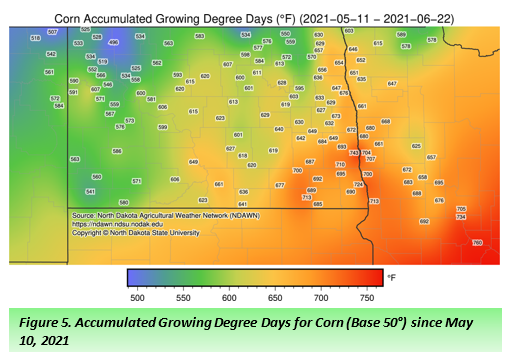