Temperatures were close to average if taken as a whole with most stations anywhere from a couple of degrees below average to a couple of degrees above average across the North Dakota Agricultural Weather Network (Figure 1). Last week in this weather summary I had mentioned that if the ridge of high pressure aloft that was attributing to the high heat in the Pacific Northwest were to move into the northern plains, it would probably hold off until the Independence Day weekend.  It seems likely that a piece of that heat ridge will build over the region this weekend, with the warmest days being on Friday through Sunday.  Monday a few areas may cool down a bit, then next Tuesday and Wednesday all locations are expected to be much cooler.  That transition to cooler temperatures next week would also be our best opportunities for rain during this forecast period. 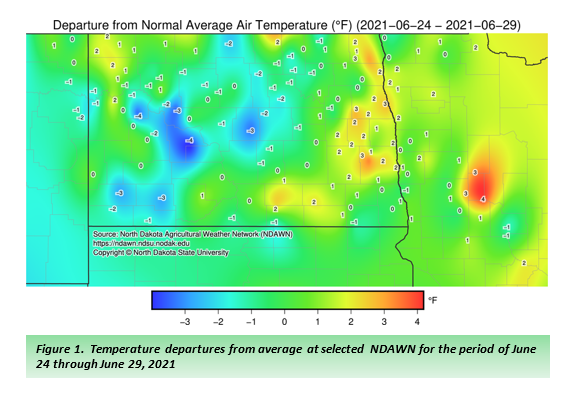 A slow-moving pocket of rain moved from central to northeastern North Dakota last Friday for the most widespread rain during the past week.  Several other days recorded some scattered thunderstorms.  Total rain from June 24-29, 2021 can found in Figure 2. 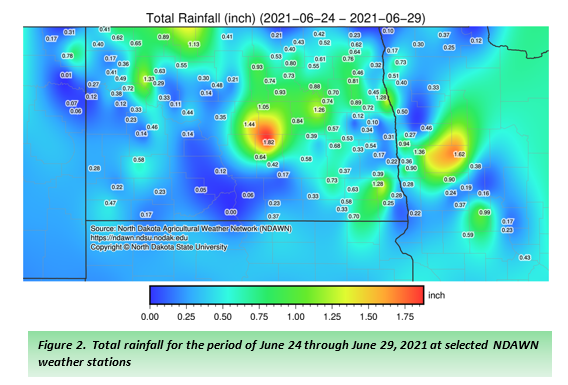 Starting this week, I will give an estimated number of hours with relative humidity above 85% because row closer is now occurring with many crops increasing the disease risk.  Very few hours of high humidity are expected through the weekend. Most of the hours in Figure 3 are expected to occur next Monday through Wednesday (July 5-7) associated with a slow-moving frontal passage that will bring potential for rain and higher humidity levels. 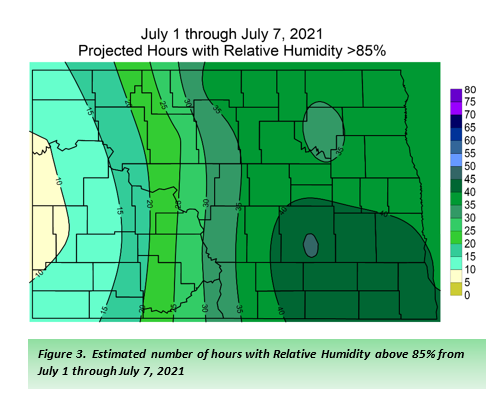 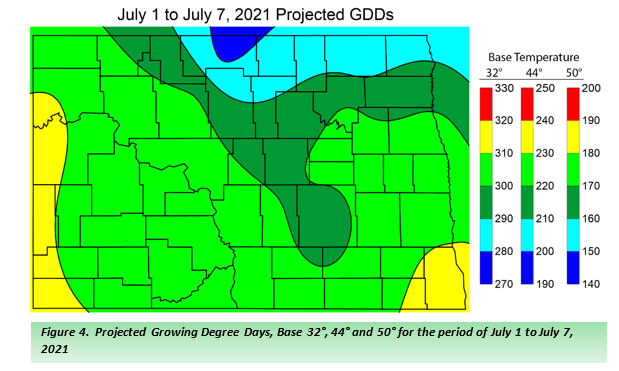 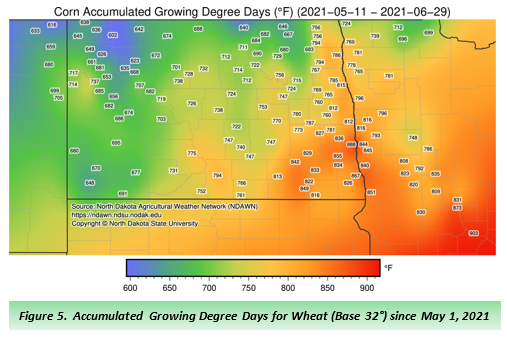 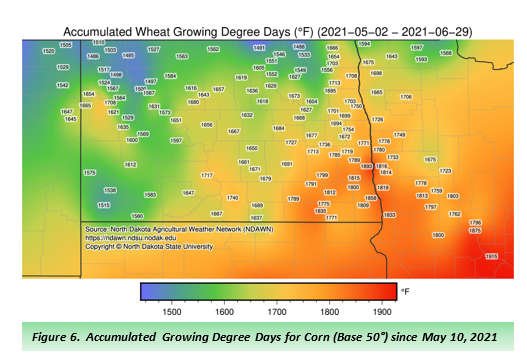