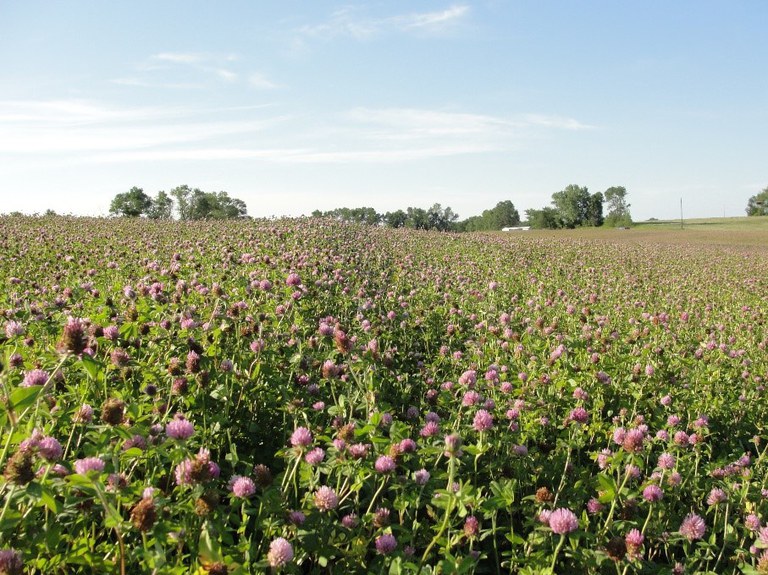 The acreage of alfalfa grown for hay and forage in North Dakota far outstrips that of clover. Once a common forage crop in North Dakota’s early statehood (Smith, 1916), alfalfa yield and alfalfa stand persistence have made alfalfa the main legume forage in the region.

In state acreage estimates, clover is implied in the category ‘other hay’ fields which are not directly seeded to alfalfa. These ‘clover’ fields usually have low stand density related to repeated reseeding of clover in much older stands. The reported acreage of individual clover field seeding in 2016 was 5,937 acres of sweetclover, 203 acres of white clover, 201 acres of red clover and 53 acres of subterranean clover, according to the North Dakota Farm Service Agency. 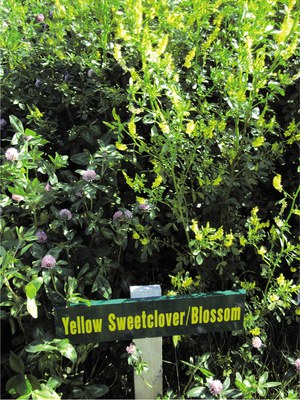 The most modern use of clovers is for the production of specific honeys, such as “clover honey.”

The most important component of successful clover production is a pH greater than 6. If the pH is less than 6, the soil should be limed so that establishment pH to at least 6 inches in depth is greater than 6. Generally, a loam soil with 3 percent organic matter would require about 1½ tons of 100 percent calcium carbonate-equivalent liming material to increase the soil test pH 0.5 point.

Clovers require no supplemental nitrogen (N) if they are inoculated properly. The following are the required bacterial strains needed to ensure proper inoculation: 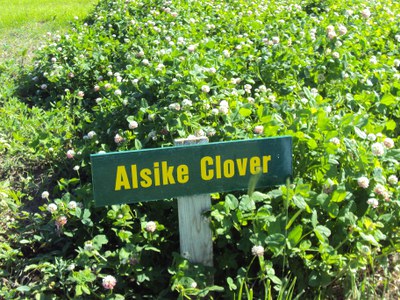 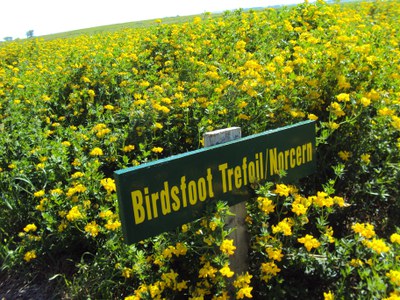 If the soil is particularly sandy, organic matter is low and seasonal rainfall has been high, application of 10 pounds of S per acre as a sulfate source of S may be beneficial at establishment.

No good diagnostic soil test is available for S. If the stand has yellowing leaves near the tops of plants, comparing a plant sample from the affected area with a sample taken from an area with normal tops may be diagnostic of an S deficiency.