This publication provides information on frequently asked questions pertaining to ergot and its impact on small grains and if it fed to livestock.

Ergot (caused by Claviceps purpurea) occurs every year in North Dakota and can be found on small grains and other grass hosts. Ergot has a large host range, including all small grains in North Dakota (rye is the most susceptible), and common weeds such as quackgrass and smooth bromegrass (Figure 1). 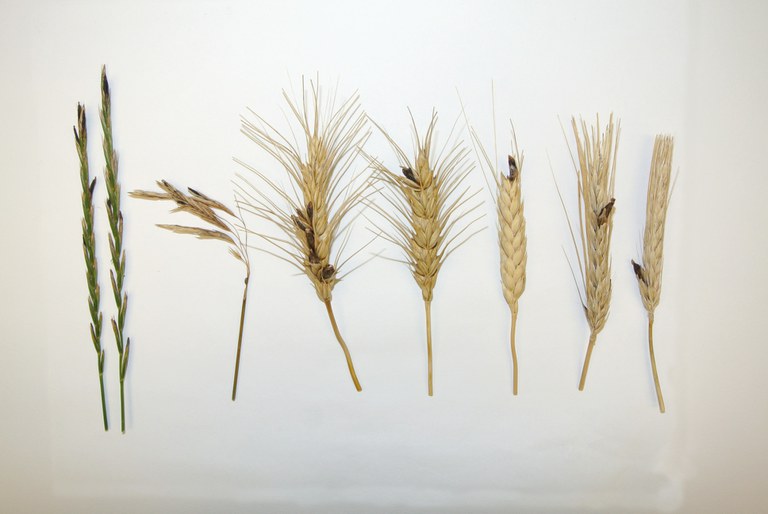 Ergot commonly is associated with cool temperatures (60 to 80 F) and wet conditions at the flowering growth stage in small grains. It most commonly is found on field edges. 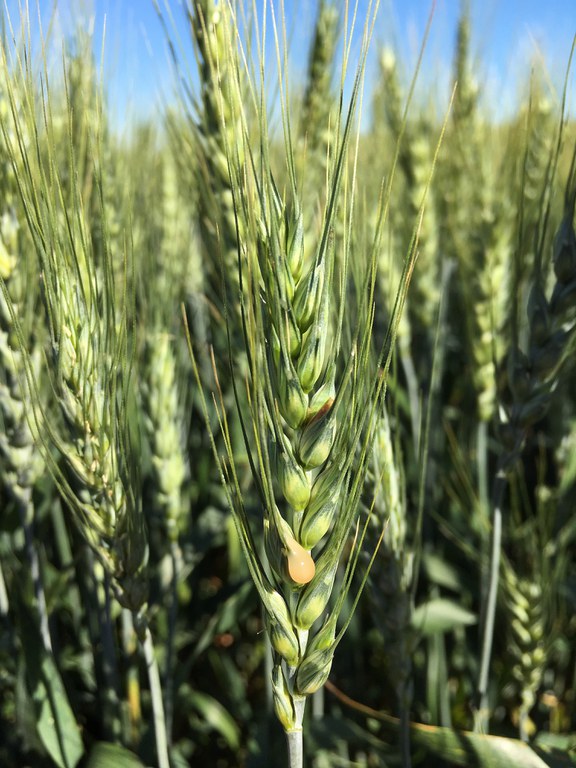 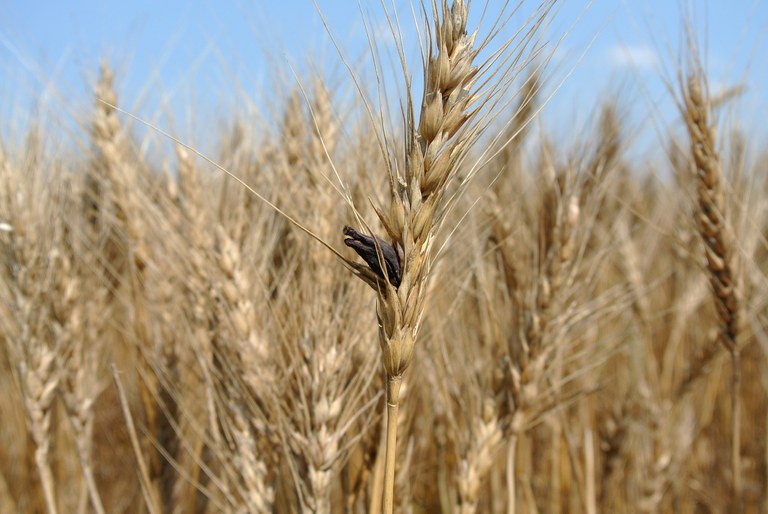 Consumption of ergot can lead to harmful health effects in humans. These include constriction of blood flow to extremities, gangrene, hallucinations, muscle spasms and vomiting. 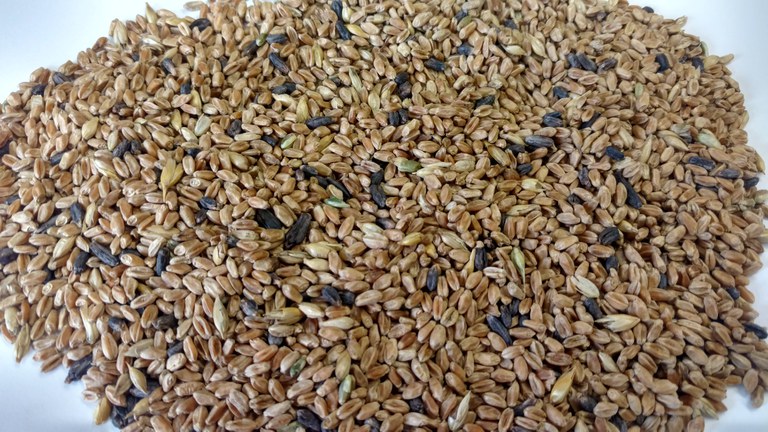 Effect of Ergot on Livestock

The alkaloids contained in ergot bodies are potent vasoconstrictors (reduce the blood flow). Reduced blood flow to the extremities can cause loss of hooves, tails and ears. Decreased fertility or abortion, and poor cattle performance are other symptoms.

Vasoconstriction can lead to poor thermoregulation and cause clinical signs of “summer slump” in animals (seeking shade, standing in water, decreased feed intake, and lower weight gain and milk production). In the winter, reduced blood flow to the extremities can lead to frostbite.

The gangrenous form of ergotism typically involves initial swelling of tissues at the coronary band above the hoof and subsequent lameness, necrosis and sloughing of the hoof if the animal continues eating ergot-contaminated feed (Figures 4 and 5). Necrosis of the hooves, ears and tail, and tip of the tongue (in sheep) particularly occur during cold temperatures. 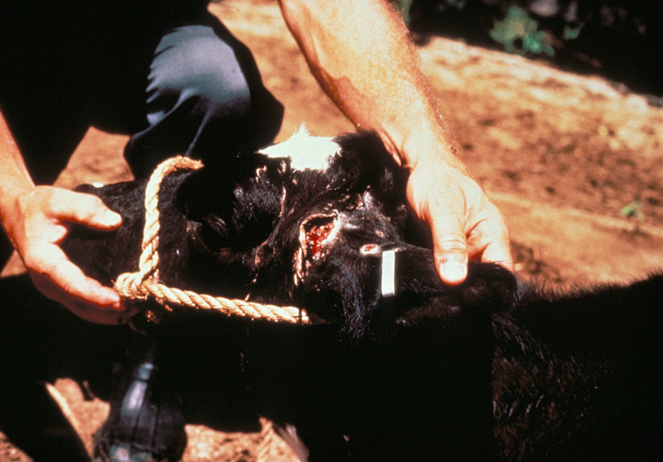 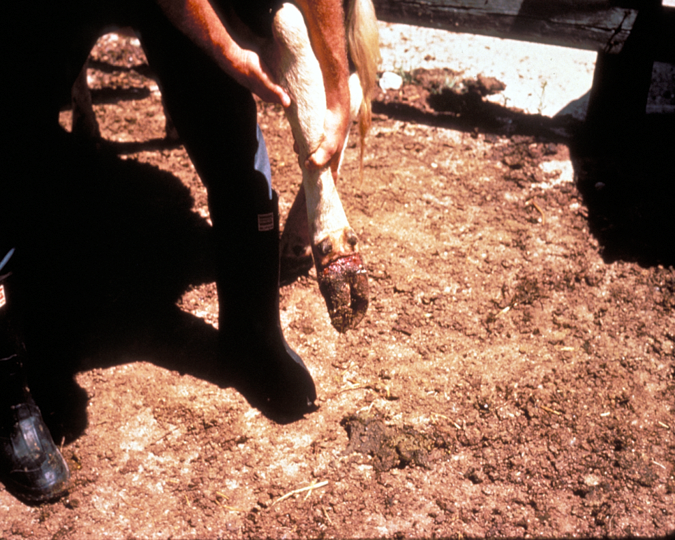 Photo Credit:
Michelle Mostrom, NDSU
Figure 5. Cutaneous ergotism is visible on the hoof of a heifer exposed to ergot sclerotia in a grass pasture.

The concentration of ergopeptine alkaloids in ergot bodies capable of causing ergotism in livestock depends on multiple factors. The duration of exposure, daily doses of ergot alkaloids and physiological status of the animal (species, breed, age, gender and reproductive status) play a role in susceptibility.

No antidote is available for ergotism. Here are ways to reduce its impact:

Ergot alkaloids are confined to the sclerotia bodies and will not be systemic in the plant.

The NDSU Veterinary Diagnostic Lab  analyzes cereal grains and grasses for ergopeptide alkaloids (ergotamine, ergosine, ergocristine, ergocryptine and ergocornine, and their diastereomers the ergopeptinines). This test does not analyze for ergovaline found in fescue grass.

Lab staff need about a ½- to 1-pound sample of the suspect feed or grass hay with seed heads attached for analysis. No diagnostic test is available for ergot alkaloids in animal tissue.

Ergopeptine alkaloid concentrations of 200 to 800 micrograms per kilogram total ration (or 0.2 to 0.8 part per million) is a general threshold of effect in livestock.