The First Amendment to the U.S. Constitution will be examined in “The First: How to Think about Hate Speech, Campus Speech, Religious Speech, Fake News, and Post-Truth.”

When: Friday, April 1, at noon. 12: 00pm
Where: NDSU Memorial Union’s Anishinaabe Theater and via Zoom.
Signing: Copies of his book, The First will be available for purchase and signing before and after the lecture.

Dr. Stanley Fish, Davidson-Kahn Distinguished University Professor of Humanities and Law at Florida International University, will discuss such questions as:

Dr. Fish argues that freedom of speech is a double-edged concept – it frees us from constraints, but it also frees us to say and do terrible things. Dr. Fish previously taught at the University of California, Berkeley; Johns Hopkins University; Duke University; and the University of Illinois at Chicago, where he was the dean of the College of Liberal Arts and Sciences. He has received many honors and awards, including being named the Chicagoan of the Year for Culture. He is the author of several renowned books, including “Winning Argument,” “How Milton Works,” “There’s No Such Thing as Free Speech: And It’s a Good Thing, Too,” and “How to Write a Sentence: And How to Read One.” He is a former columnist for the New York Times, and his articles have appeared in the Chronicle of Higher Education, Harper’s, Esquire and the Atlantic.

The event is sponsored by Tri-College University, Humanities ND, NDSU Student Government, the Northern Plains Ethics Institute and the College of Arts, Humanities, and Social Sciences. 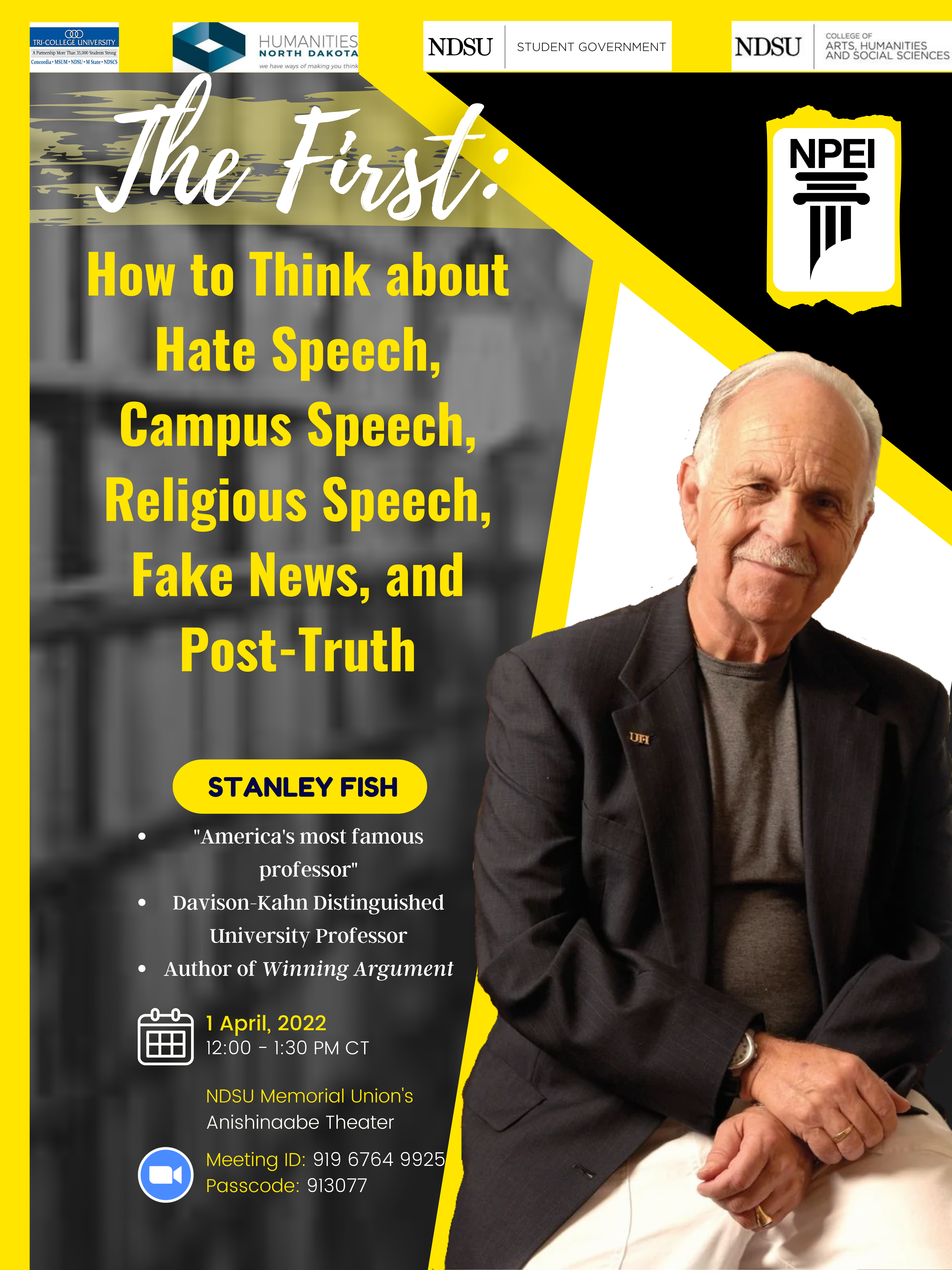