Warren Donald Kress died on Thursday, August 23, 2001, of complications of Lou Gehrig's Disease (amytrophic lateral sclerosis), with which he was diagnosed in March, 1999.

Warren was born on April 15, 1921, in Saint Paul, Minnesota. He graduated from St. Paul Central High School in 1939 in the largest graduating class in Minnesota history at that time. He enrolled in the University of Minnesota but left in 1942 to volunteer for the draft. He served in the 518th Military Police Battalion in New York City before going to Officer Candidate School at Fort Custer, Michigan. He became a civil affairs/military government officer and landed on Juno Beach during the Normandy Invasion on D+1 with an inter-allied unit. He continued across France and into Germany until the end of the war. He returned to Saint Paul in January, 1946, as a captain, and remained in the reserve until 1964, attaining the rank of major. He belonged to units at Fort Snelling in Saint Paul and later to a unit in Fargo.

In 1960, Warren married Norma Lucille Carter of Fargo, at the time a musician. They had one son: Donald Carter Kress.

At NDSU, Warren was active in many areas of teaching and advising, and was a founding member of the College of University Studies. He also helped to organize the NDSU accreditation in 1966 and the Centennial in 1990. The geographic information systems laboratory in Stevens Hall is named for him.

Warren was a long-time member of the Elim Lutheran congregation.

Since his retirement, Warren remained active in his professional organizations, being honored in 1999 as a 50-year member of the Association of American Geographers and as a Distinguished Alumnus of the University of Minnesota Geography Department, one of the largest geography departments in the nation. He was also involved in the North Dakota Geographic Alliance and was a founding member of the Council of Latin Americanist Geographers.

Warren is interred at Riverside Cemetery in Fargo.

A eulogy authored by Dr. Chandra Balachandran was read at Elim Lutheran Church for Warren Kress' funeral service on August 27, 2001. That eulogy is available here. 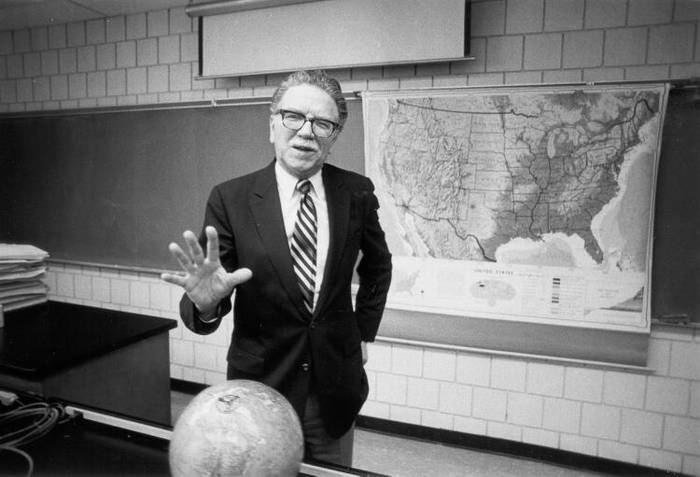