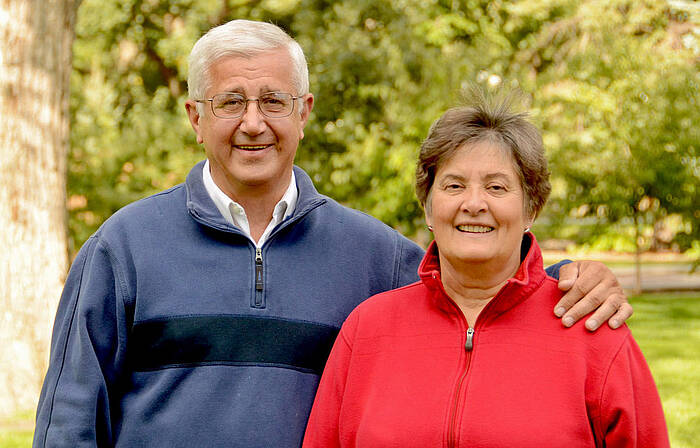 It started with more than 113,000 miles of North Dakota backroads and a book. But Jim Puppe’s journey began long before that. He served his country in the military with the 1st Field Force in Vietnam. Upon his return, he worked at the Veteran’s Administration in Fargo. “A special assignment as the coordinator for the former prisoners of war was life changing for me,” said Puppe.

“There was impetus for me to know that those who have gone through the most, often complain the least,” said Jim. “I just thought there were unsung heroes in North Dakota that would have some wisdom or guidance in life that we could learn from. Like someone said, ‘we know more about the soil than we know about the people.’”

So Jim took out a roadmap of the state. He began traveling, sometimes with his wife Sharon accompanying him, into communities such as Lund’s Valley, Marmarth, Warwick and other hidden gems of North Dakota. In local cafes or gathering spots, he asked who in the community had interesting stories to tell and wisdom to share. “A lot of them went through tough times and they learned resilience and the importance of friendship,” he said.

Jim recorded interviews, took photographs, and eventually condensed the material into a book titled Dakota Attitude: Interviews from Every Town in North Dakota.

One of the 617 profiles in the book includes Grace Peterson Cherwakin, a registered nurse. “She was such a wonderful person and well respected. She gave so much of herself,” said Jim of Cherwakin, who served as Director of Nursing at the Strasburg, North Dakota Care Center from the time it accepted its first residents.

“You’re in [patients’] lives completely,” said Cherwakin in her interview for the book. “You have to be compassionate to care for the patients.”

“She was the first nurse at the nursing home from the time it was built. She gave all; it was amazing,” said Jim Puppe. “Nursing professionals care for people during a time of need when they are very vulnerable. Their personal human qualities blend with their professional training in nursing and science.”

Recognition of the role nurses play in healthcare led Jim and Sharon Puppe to establish two $2,500 nursing scholarships at NDSU. Puppe’s book is now in its third printing with more than 6,500 copies sold in less than a year and the couple is donating a portion of the book sales for scholarships.

“I hope the scholarships give students encouragement and motivation like when I was in school,” said Sharon Puppe, who graduated from NDSU (B.S. ’72, home economics education). “The community’s always been good to us. Good things happen here because people give and work to make them happen. The books are selling, so the money should be put to some good use and I think nurses are always needed.”

Jim grew up on the family farm near Hensel, North Dakota and Sharon grew up on a farm in Emmons County. Their family’s ties to NDSU are numerous.

“Through the years, I have taken courses at NDSU for credit and audited courses as well,” said Jim. “I feel the university as a whole has really provided a lot of support for me in doing the book. Everything is going so smoothly. This is a way I can provide something in return for the students there,” said Jim.

Sharon expressed her hope for future scholarship recipients of the James and Sharon Puppe Nursing Scholarship. “I hope that they’re able to complete their education with less worry about financial concerns and that they would be encouraged and motivated if they receive a scholarship to keep at it and do a good job.”

Dakota Attitude and its author received the Independent Book Publishers bronze medallion in the Midwest Best Regional Non-Fiction category in 2020. The book is available for purchase at regional stores and online through the NDSU Bookstore.