Najla Ghazi Amundson, PhD, is an associate professor of Communication Studies and Director of the nationally ranked, top 20 Concordia College Speech Team. Among other courses, she teaches an intercultural communication course that virtually connects students at Concordia with students from Tuskegee University, a HBCU in Tuskegee, AL, to discuss issues of systemic racism, privilege, and power. Prior to her joining the faculty at Concordia in 2017, Amundson taught at NDSU and UND.  For several years, she worked as media relations director at NDSU and at Blue Cross Blue Shield of North Dakota. Amundson's other professional experiences include working in advertising, and broadcast television in both Grand Forks and Fargo. She earned her bachelor's in journalism from South Dakota State University, her master's in journalism from the Medill School of Journalism at Northwestern University and her doctorate in communication from NDSU. 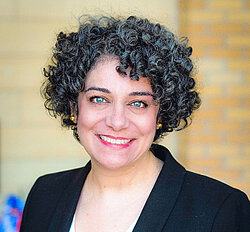 Jace Beehler is Chief of Staff for Governor Burgum. Previously, Beehler was Policy Director in the Governor’s Office, having previously worked on the governor’s 2016 primary campaign as manager of advance and field operations. Prior to that, Beehler worked for the White House as an advance associate and volunteer in its Office of Scheduling and Advance. “Jace has been a highly effective advocate for several of this administration’s priorities, including the Main Street Initiative, higher education, transportation, commerce, UAS and the Theodore Roosevelt Presidential Library and Museum,” Burgum said. “With his capable leadership, collaborative approach and deep knowledge of our administration’s strategic initiatives, we look forward to advancing our policy agenda for the benefit of all North Dakotans.” Beehler earned a master’s degree in public administration from the Maxwell School of Citizenship and Public Affairs at Syracuse University in 2017. He earned a bachelor’s degree in music education from North Dakota State University in 2013 and taught one year in the May-Port CG School District as director of the music department. 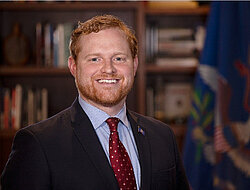 David Bertolini is dean of NDSU’s College of Arts, Humanities and Social Sciences.  He joined NDSU in 2013 as professor and chair of the architecture and landscape architecture department. He worked with the department’s advisory board and faculty to develop a comprehensive fundraising campaign, bringing in $678,000 for scholarships and an endowed chair fund. He also developed a student recruitment and retention strategy to reverse the nationwide trend of declining enrollment in the field and to improve student retention. The plan, implemented in collaboration with the faculty, has improved student retention and increased enrollment by 29 percent.

David earned his bachelor’s degree at the University of Florida, Master of Architecture at Virginia Polytechnic Institute and doctorate in English from Temple University. 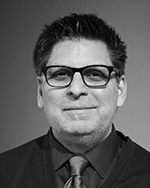 Dr. Dean L. Bresciani was named North Dakota State University’s 14th president in 2010. He brings to campus the knowledge and experience of a more than 36-year career in higher education, which has included roles at three land grant universities overlapping three AAU universities.  He has developed broad leadership experience in the academic, administrative and political aspects of higher education.  Dr. Bresciani came to NDSU from Texas A&M University in College Station, where he was in a vice president role from 2004 to 2008 and an adjunct full professor in the department of educational administration through 2010. Previously he held a vice chancellor role at the University of North Carolina at Chapel Hill, and adjunct faculty positions both there and at North Carolina State University. He also served in administrative and faculty roles at public universities in Nebraska, Arizona, Minnesota, Wisconsin, Ohio and California.  Bresciani earned his doctorate in higher education finance, with a doctoral minor in economics, from the University of Arizona.  He has held national leadership positions in professional organizations including council chair for the Association of Public and Land-Grant Universities, board of directors for the National Association of Student Personnel Administrators, and a variety of committees and counsels for the NCAA leading to his current role on the Association’s Division-I Board of Directors.  He is also a member of the Council for the Advancement and Support of Education, EDUCAUSE, Association for the Study of Higher Education, and National Association of College and University Business Officers.  He has produced an array of invited and juried publications and presentations, and his scholarship focuses on the organization and funding of public higher education. 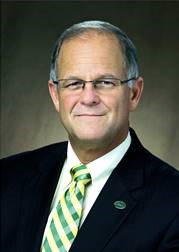 Kara Sauvageau Careaga grew up in Fargo, ND; attended Shanley High School and graduated from Minnesota State University, Moorhead with a BS in art education, minoring in French.  She has been employed with the federal government since 1995 and is a Special Agent with the Department of Homeland Security. Having worked most of her career in Los Angeles, CA, Kara has worked narcotics interdiction, intellectual property rights (IPR) violations, border security and internal affairs. Kara specializes in investigations involving money laundering, asset forfeiture and financial and immigration benefit fraud out of the Homeland Security Investigations (HSI) office in Fargo North Dakota. 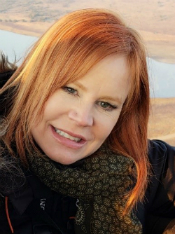 Patty CorwinPatty Corwin has been teaching sociology at North Dakota State University for over 40 years.  She has taught over 54,000 students and has won several teaching awards including The Odney Award, The Blue Key Doctor of Service Award and the Great Plains Sociological Association Excellence in Service Award. Patty created a graduate student teaching program for the Sociology and Anthropology Department and has trained over 250 student teachers. She was a pioneer in online teaching and helped develop the online major for the department as well.  Patty was one of the early instructors to encourage students to do volunteer service in the community which later became known as service learning. She created a campus wide and statewide initiative to encourage instructors in all colleges to incorporate service learning in their classrooms. Patty was a police detective with the Fargo Police Department and is a business consultant and motivational speaker. Patty has two grown children- Katie Corwin Hasbargen(Matt) and Ben Corwin(Stephanie) and 3 grandchildren who live in Fargo. 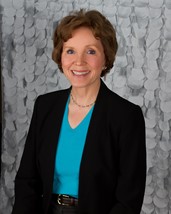 Tim Flakoll has been the NPEI's Advisory Board chair since 2020. Tim serves as Provost for Tri-College University, the partnership between NDSU, MSUM, Concordia College, North Dakota State College of Science and M State. The five campuses have a combined enrollment of approximately 35,000 students. He is also the Director of Operations for NDSU Downtown. Tim is an alumnus of NDSU, the Harvard Kennedy School of Executive Education and the University of Oxford Executive Education program. Tim served in the North Dakota Senate for 18 years. There he chaired the Education and Agriculture committees for 14 years. He was also selected President Pro Tempore of the Senate. In the Senate, he authored a constitutional amendment to require statements of fiscal impact on initiated measures to improve transparency. He also authored transparency legislation to identify legislators who make open records. He was chief author of legislation to provide funding for all day kindergarten, funding for early childhood education, laws for humane treatment of animals and legacy legislation for new funding formulas for K-12 and higher education.

His work has been recognized in a number of ways including with the NDSU Doctor of Service Award, COVS ND Volunteer of the Year Award, Student Advocate of the Year Award from the ND Student’s Association, Children’s Champion Award from the ND Assoc. for Education of Young Children, 2x NDSU Outstanding Organization Advisor of the Year and 3x Preferred Professor Award. Flakoll served as VP and General Manager of the FM RedHawks and during his tenure they were named “Team of the Decade” by Baseball America.

Tim has been active in public service and has held more than 40 offices with various community, regional or national organizations. He recently served as the Chair of Fargo’s Downtown Community Partnership and Chair of the Midwestern Higher Education Compact, a 12 state partnership with more than 4.2 million students. He recently chaired the Council of State Governments MLC representing 11 states, four Canadian Provinces and 82 million people. Flakoll currently is Chair of the FMWF Chamber’s Public Policy Committee. He served as a Missionary to the Country of Slovakia to help rebuild a church school. 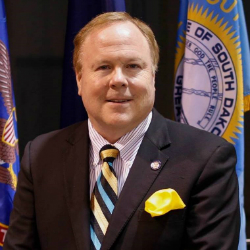 Rick Gion has worked in the media industry for nearly 20 years, spending time in both advertising and news. He also has extensive experience with federal, state and local public policy, working for U.S. Senator Byron Dorgan’s office and with numerous federal, state and local campaigns. Rick has a bachelor’s degree in communication and a minor in music from NDSU. 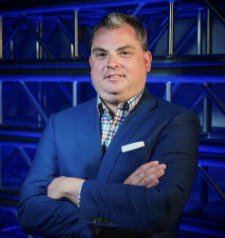 It is with heavy heart that we announce that Professor John Helgeland will be stepping down as the NPEI's Advisory Board chair.

John is the founding NPEI director. He received his Ph.D. from the University of Chicago and specializes in The Early Christian Church in the Roman Empire, History of Christianity, History of Culture, and the Philosophy of History. John was instrumental in the formation of the Northern Plains Ethics Institute at NDSU as well as the Group Decision Center (GDC), an electronic consensus-forming laboratory at NDSU.

John will remain on the board, of which we are grateful. 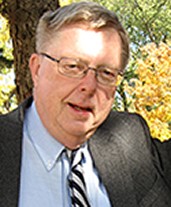 For over 35 years, Jay has been part of the retail financial services business in downtown Fargo.

Long-time Fargo resident and married to his wife Shari for 37 years, the Krabbenhoft’s are active community volunteers.  Jay attended NDSU.  Both Shari and Jay are active on their campus and support the International Student and Study Abroad Services Department.  A believer in the benefits of higher education and that learning makes for positive life-long strategy, Jay continues his education on the NDSU campus by taking college courses, with the emphasis in Emergency Management.

Jay is a servant leader, with past and present leadership roles in non-profit educational organizations and in the arts.  He currently is serving on the City of Fargo Parking Commission.

At Gate City Bank, Jay is the Senior Vice President of Administration.  His official role at the Bank includes leadership to three corporate departments: Office Services, Appraisal & Evaluation and Property Management & Lending Solutions.  His long-time experience with facility management assists the Office Services Department to care for the Bank’s facilities, security, purchasing and maintaining all Bank properties to provide an optimal customer experience.  This includes the most important job of making sure that every visitor to the Bank has a freshly baked cookie! 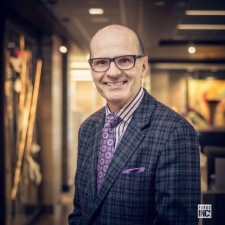 Veronica Michael is a diversity/equity/inclusion thought leader, community and business strategist, fundraiser, and entrepreneur with expertise in business development and directing clients and staff towards successful goal completion through strategic planning, management and targeted mentorship. She has over 15 years experience in higher education, non-profit, people management, and entrepreneurship. Specifically, she has developed multi-dimensional training programs on unconscious bias, identity, and other cultural awareness. Her adult learners include college students in college-to-career transition, senior faculty at multiple universities, and executives. She is the CEO of Prairie Products, Hemp Cold Ethanol Extraction Experts, in Fargo, North Dakota. 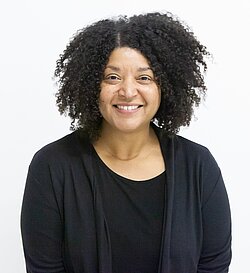 Melvin Whitney Jr. is a native of Chicago, Illinois.  Melvin is a graduate of NDSU (BS), and also obtained his 2 year degree from Northland Community and Technical College (AAS). Melvin has resided in the Fargo-Moorhead area for over 20 years.  He has served as President of the Fargo West Rotary Club, been a member of the Chamber of Commerce Ambassadors, and is the current Head Football Coach at Oak Grove Lutheran High School Currently he is the Director of Advancement and Development at M State Community and Technical College, serving the Detroit Lakes, Moorhead and Wadena Campuses. 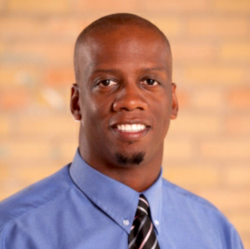 Jack is a Native of New Britain, Conn. He was educated in New Britain public schools and at University of Conn. During college, Jack served at a VISTA volunteer on the Turtle Mountain Band of Chippewa reservation in North Dakota. He is the former editorial page editor of The Forum of Fargo-Moorhead. Jack is married to former Sandra Davidson of Sentinel Butte, N.D. Jack has two children and three grandchildren. His specials interests include reading historical novels, gardening, sailing, putting up firewood for winter, and watching old classic movies. 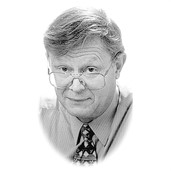