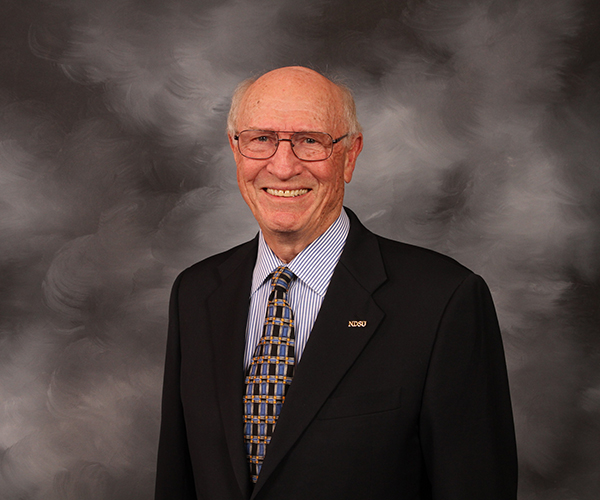 Duin is a recognized leader in the electrical industry, building a reputation for excellence during his distinguished 37-year career.

“Mr. Duin represents the best of what we hope for in a graduate of NDSU,” said nominator Michael Kessler, dean and professor of engineering. “Mr. Duin is a role model for our students, a man who used his degree to build an exceptional career.”

Duin is a native of Graceville, Minnesota, who earned his bachelor’s degree from NDSU in 1965. His highly successful career with Westinghouse began as an industrial engineer, followed by being named plant manager in Visalia, California, and then he was promoted to Division Engineering Manager in St. Louis.

Duin’s career brought him to Europe in 1972, when he was named Westinghouse’s youngest Division General Manager. His family moved to Belgium, where he learned French in order to do business.

He then managed the Motor Control Center Division in Chicago and the industrial control business for Westinghouse in Beaver, Pennsylvania. Duin later consolidated three divisions and moved the control business headquarters to Asheville, North Carolina. In 1987, he returned to Beaver to manage the larger circuit breaker business unit of Westinghouse.

Eaton Corp. purchased the low voltage business from Westinghouse in 1993, and Duin continued to run the breaker business as an operating vice president.

“The common factor in each of these plants or divisions when I arrived, was that the business had begun to lose money or profits and service had declined substantially,” Duin said. “Applying my engineering and management skills, each business began to grow, service and quality improved, and profitability was restored to new levels.”

Duin is a trustee for the NDSU Foundation and Alumni Association and a member of the College of Engineering Advisory Council.

He also established the Spencer G. and Carol A. Duin Endowment Fund to support NDSU Department of Industrial and Manufacturing Engineering faculty. “Hiring and retaining excellent professors is fundamental to a quality education,” Duin said. “The establishment of this endowed fellowship is a way to recognize the value of my NDSU education.”

Duin retired in 2002. He lives in Asheville.