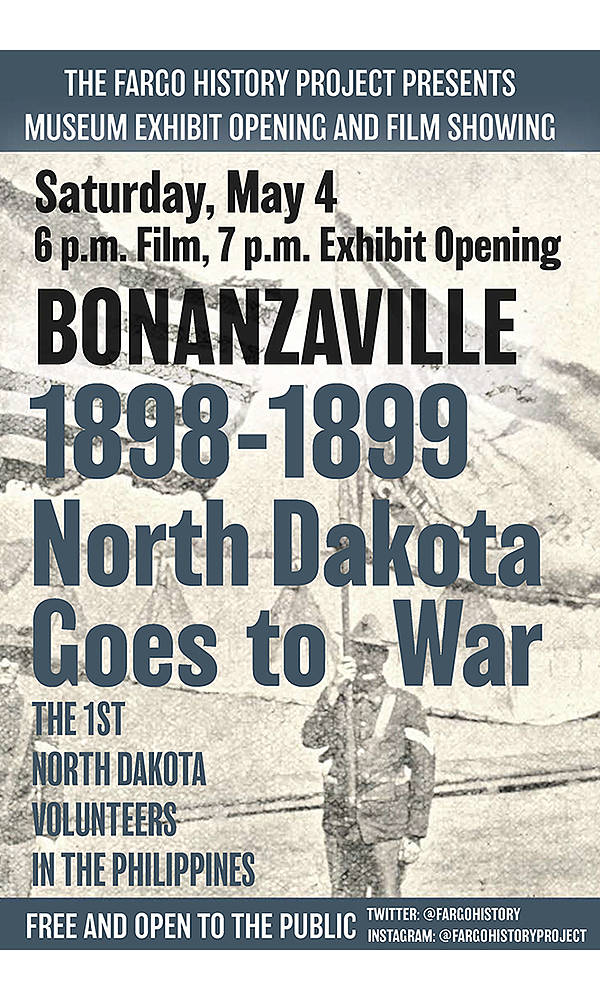 The exhibit, “1898-1899, North Dakota Goes to War, ” is the story of the men of the 1st North Dakota Infantry Volunteers who fought in the Philippines in 1898-1899 during the Spanish-American War.

A film of the same title is set to be shown at 6 p.m. and the exhibit is scheduled to open at 7 p.m. The public is invited, and there is no charge for admission.

The exhibit is the final product of NDSU associate professor Angela Smith’s Museum Studies class this spring. The film was produced fall semester by Smith’s Digital History Class. The research was facilitated by doctoral candidate Carole Butcher, who is writing her dissertation about the soldiers and their role in the war.

“The ‘citizen soldiers’ quite literally set aside their plowshares to pick up weapons and come to the defense of their country,” Butcher said.

When the war was over, the men needed help to come home after they didn't receive the assistance they expected from the government. A grassroots response in North Dakota took up the cause.

“The people at home saw something they thought was wrong —the Army not returning their boys to North Dakota,” Butcher said. “They didn't wait for the Army to fix it. They didn't wait for the governor or mayors or state legislature to fix it. They formulated a plan, and they carried the plan out successfully. I think it embodies the North Dakota spirit.”

The exhibit makes use of diaries, letters, scrapbooks and newspaper accounts. In her research, Butcher came across some pictures that she had never seen in any publication about the war. “That reinforced how little people know about this conflict,” she said.