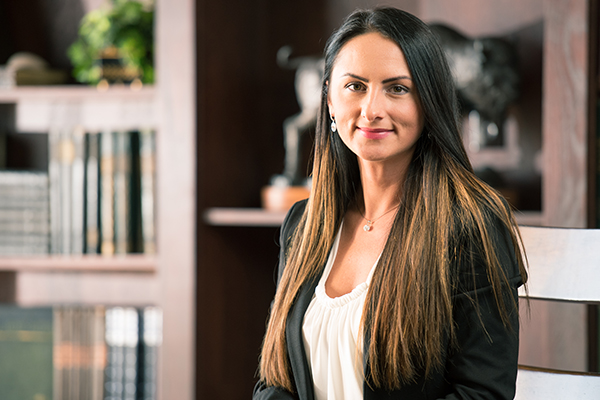 The start of her doctoral program should have been thrilling.

Corina Todoran was living her dream of earning a doctorate in the United States, and she had every reason to believe she would succeed. She had been a strong student, earning bachelor’s and master’s degrees in communication at a university in her home country of Romania. She had even been admitted to two NDSU doctoral programs. Anything was possible for her future.

She chose to study occupational and adult education and accept a research fellowship because working as a research assistant seemed safer at first.  She wouldn’t have to put herself out there to teach students from another culture, in a different educational system, her first semester.

However, she chastised herself for anything she perceived to be less than perfect. She was self-conscious about her accent and the way it revealed she was from another country – never mind she spoke four languages. It was never good enough in her mind.

Then she started to notice how other people responded to her.  They were interested in her perspective and story.  They found her accent charming. Her professors and mentors were impressed with her work and told her so. They listened to the things that worried her and helped her see situations in new ways. When she was scared to do something – like co-teach a doctoral level class – they reassured her, “You’ve got this.”

“Other people trusted my abilities more than I did,” Todoran says. “I was told, ‘I know you can do this.’ I don’t know that I would have thought that about myself.”

She got deeply absorbed in her research and teaching and found joy in it. “Work isn’t work,” she thought. “It’s a way of living.” She started noticing what she did well.

Todoran graduates May 12. She is applying for academic teaching and research positions in the United States.

“My time at NDSU really has been the most enriching chapter of my life so far,” she says. “It laid a foundation that led to self-discovery and self-empowerment. My goal is to do that for other people. I learned from my own experience. Now I have a responsibility to continue that legacy of being kind and helping other people.”