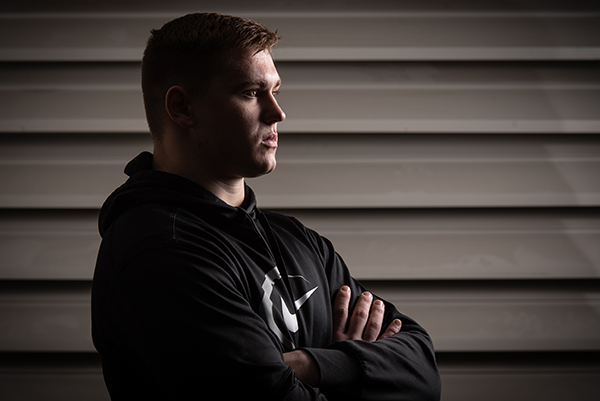 The award is presented to the student-athlete with the highest cumulative grade-point average at each of the NCAA's 90 national championships. Ellefson, who is from Hawley, Minnesota, has a 3.941 GPA in sport management.

An award founded by the NCAA, the Elite 90 recognizes the true essence of the student-athlete by honoring the individual who has reached the pinnacle of competition at the national championship level in his or her sport, while also achieving the highest academic standard among his or her peers.

"It's about managing time well. We talk about that a lot from the moment we arrive as freshman at NDSU," Ellefson said. "Having football helped with my time management. It made me have to be on top of things because, if I didn't, it would come back to bite me. You have to always be aware of what you need to get done as a student."

Ellefson earned Missouri Valley Football Conference all-academic first team honors. He will graduate this spring and plans to start work on a master's degree in physical education and leadership.