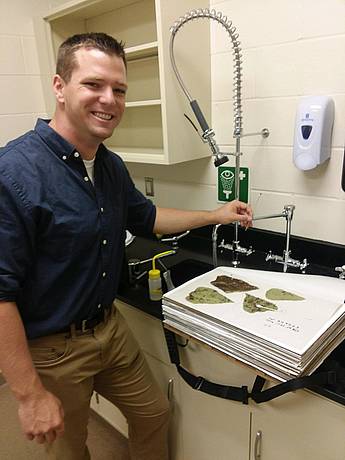 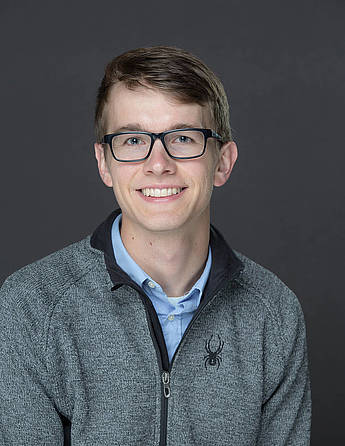 Brandt Berghuis, a plant pathology doctoral student, and Reed Petersen, a student in the accelerated master’s program in physics, received the grants from the U.S. Department of State and the J. William Fulbright Foreign Scholarship Board. They are among more than 2,100 U.S. citizens who will study, conduct research and teach abroad through the Fulbright U.S. Student Program during the next academic year.

Berghuis plans to travel to Christian-Albrechts-Universität zu Kiel in Germany to conduct a research project titled “Efficacy Trials of Fungicides and Resistance on Rapeseed in Northern Germany.”

“The Fulbright gives me the opportunity to conduct research that will positively impact growers across the globe,” Berghuis said. “The people and programs at NDSU have made a dramatic difference in my life, from athletics to TRIO to agriculture, and I am extremely appreciative of their support. I am proud to represent NDSU and the growers of the state through this international project in Germany. Thanks to the NDSU family, I am able to carry out a dream I never would have imagined possible."

Berghuis is from Rosemount, Minnesota. He is the son of Deb Cordes and the late Tim Berghuis.

Petersen’s award is a Fulbright-Nehru grant, which is funded by both the U.S. and Indian governments. He will conduct research in Kolkata, India, on “Physics of Quantum Dot LEDs: Towards an Efficient Light Source.”

“The Fulbright programs means so much to me because it means an unfettered opportunity to do my research and travel, two things which are my biggest interests,” Petersen said. I most look forward to engaging the culture of India, interacting with scientists from a different culture and a professor who is distinguished in the field. Researching abroad for about a year will be the experience of a lifetime.”

Petersen, who is from Rochester, Minnesota, is the son of Brian and Lisa Petersen.

“It’s rewarding to work with students like Brandt and Reed, who show such passion and dedication to their graduate research,” Kauffman said. “They also recognize the benefit of working alongside researchers and colleagues in other countries, where they can collaborate and learn from one another. I am excited for Brandt and Reed to experience the culture of the country where they will conduct research and look forward to having conversations with them when they return after their year living abroad. They are very deserving of the Fulbright award and will be excellent ambassadors for NDSU and the United States.”

Hauck said it is a remarkable achievement to receive a Fulbright award. “The Fulbright process is rigorous and competitive,” she said. “That two NDSU graduate students were selected to pursue research projects speaks to their academic excellence and reflects the rigor of their graduate programs. The Fulbright award confers recognition of academic and personal achievement to its recipients and enhances the reputation of academic excellence of our university.”

The Fulbright Program is the U.S. government’s flagship international educational exchange program and is designed to build lasting connections between the people of the United States and the people of other countries.  The Fulbright Program is funded through an annual appropriation made by the U.S. Congress to the U.S. Department of State.  Participating governments and host institutions, corporations, and foundations around the world also provide direct and indirect support to the Program, which operates in over 160 countries worldwide.

Since its establishment in 1946 under legislation introduced by the late U.S. Sen. J. William Fulbright of Arkansas, the Fulbright Program has given more than 390,000 students, scholars, teachers, artists and professionals in all fields the opportunity to study, teach and conduct research to find solutions to shared international concerns.

Recipients of Fulbright awards are selected on the basis of academic and professional achievement, as well as their record of service and leadership potential in their respective fields. Fulbright alumni have achieved distinction in many fields, including 59 who have been awarded the Nobel Prize, 84 who have received Pulitzer Prizes and 37 who have served as a head of state or government.