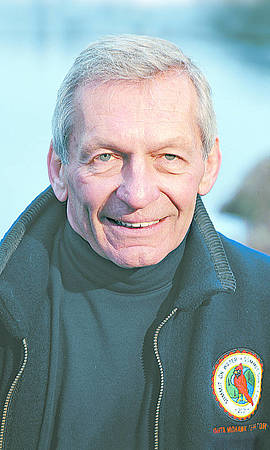 David W. Schindler is the recipient of the 2017 Henry L. Bolley Academic Achievement Award, which honors an individual with noted achievement in education as a teacher, researcher or administrator.

Schindler, BS ’62, zoology, honorary doctorate ’78, was the founder and director of Canada’s internationally renowned Experimental Lakes Area, where the impacts of pollutants are studied. His work provided a scientific basis for environmental policy in Canada, the United States and Europe.

During his career, Schindler has earned several international honors, including the GE Hutchinson Medal of the Association for the Sciences of Limnology and Oceanography, Naumann-Thienemann Medal of the International Limnological Society, Stockholm Water Prize, Volvo Environmental Prize, Natureserve’s International Conservation Award and SETAC’s Rachel Carson award.

He has 14 honorary doctorates from Canadian and U.S. universities.

Schindler is the emeritus Killam Memorial Chair and professor of ecology in the Department of Biological Sciences at the University of Alberta, Edmonton.

“The most valuable lesson I learned at NDSU is that what one can do is only limited by his or her own will,” said Schindler, a Rhodes Scholar at Oxford University, where he earned his doctorate. “I learned that I could do whatever I put my mind to.”