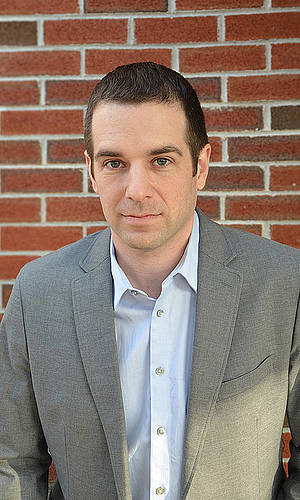 Isaac Long is the recipient of the 2017 NDSU Horizon Award, which honors alumni who have graduated within the past 15 years and distinguished themselves in their profession and service to their community.

Long, BS ’03, speech communication, dreamed of being a fighter pilot and he became one of the U.S. Navy’s best. He graduated at the top of his class in all three phases of flight training.

From 2007-10, Long was assistant operations officer for Strike Fighter Squadron 105 in Virginia Beach, Virginia. He directed the training of 20 pilots, executed more than 700 events and was recognized with the LTJG William Clinton Niedecken Memorial Award for selfless dedication to the betterment of the squadron.

In 2010, Long became a TOPGUN instructor, training and mentoring more than 200 pilots at the U.S. Navy Fighter Weapons School in Fallon, Nevada.

Long’s military honors include the Air Medal (Strike/Flight), Navy and Marine Corps Commendation Medal and the VFA 105 Pilot of the Year.

“Two of the values I took away from NDSU that have been important in my career are critical thinking and a strong work ethic,” said Long. “Gaining the ability to make sound decisions has proven immensely valuable during my time as a Navy pilot and hard work has gotten me farther than any other attribute I have.”

In 2015, Long’s career took another path. He joined the Boston Consulting Group as a management consultant, advising large companies undergoing major changes to their business operations. Last year, he earned his Master in Business Administration from Harvard Business School.

“Much has happened in my life since my time at NDSU, and this award has caused me to reflect on the place I have always called home,” said Long. “North Dakota and NDSU are a big part of who I am and to share what I have accomplished so far with the NDSU community means a lot to me.”