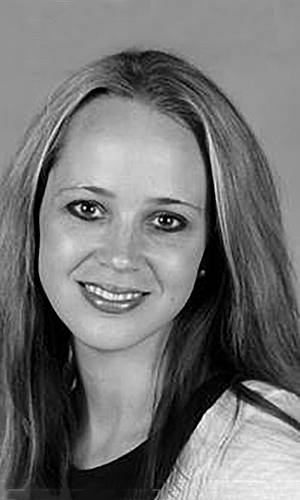 NDSU historian Ashley Baggett appeared as an expert consultant on TLC’s TV show “Who Do You Think You Are?” The program first aired on Monday, May 28.

The episode featured actress Megan Mullally, and traced her ancestry. Mullally is probably best known for her role as Karen Walker on the hit NBC sitcom “Will & Grace.”

In the scene with Baggett, Mullally examines a few southern newspaper articles and court documents. Baggett, assistant professor of history, philosophy and religious studies, used her expertise as a 19th century U.S. historian in gender and domestic violence to assist Mullally with the sources.

Mullally described the episode as “a feminist story…of strength and determination. It’s in my heart and it’ll be with me going forward.”

Baggett said, “I am very thankful for the experience. It reminded me how much past women’s voices can touch our lives at present, and why I research such an emotionally difficult topic.”

Baggett is the author of “Intimate Partner Violence in New Orleans: Gender, Race, and Reform, 1840-1900,” published by University Press of Mississippi in 2017.