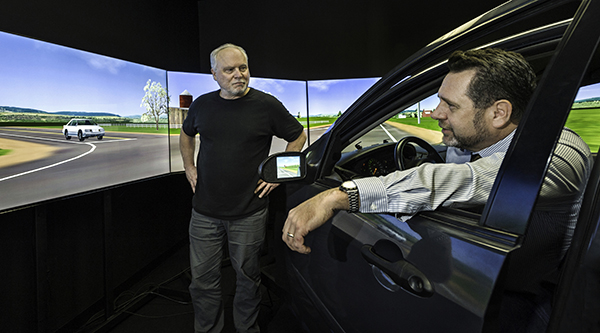 NDSU researcher Mark McCourt recently secured a $5 million grant to fund the Center for Visual and Cognitive Neuroscience at North Dakota State University for another five years. The center generates scientific discoveries that can be applied to treatments and interventions for disorders, such as schizophrenia, Parkinson’s disease, autism, dementia, traumatic brain injury and dyslexia.

The center was established 12 years ago when McCourt, a James A. Meier and Dale Hogoboom professor of psychology, received the grant from the National Institutes of Health to support an Institutional Development Award Center of Biomedical Research Excellence.

The center was eligible for two funding renewals or a total of three grants. McCourt’s most recent award is the third round of funding for the center.