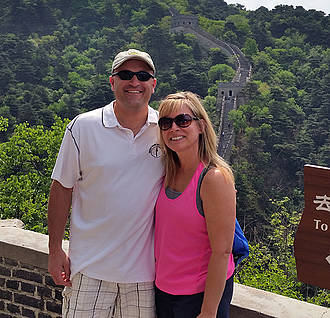 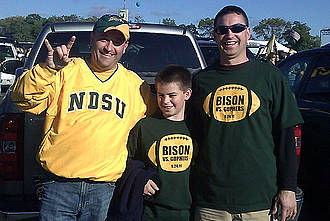 NDSU alumnus Tom Johnson is the first pharmacist from South Dakota to be named a fellow to the American Society of Health-System Pharmacists.

Throughout his career, he has invested in other people as an instructor and mentor.

Johnson also gives back to NDSU by serving on the NDSU Alumni Association’s board.

What is your career timeline?

What is one of the most exciting things about your work? What I enjoy is seeing other people grow and succeed. I think that's why teaching and then administration have been satisfying jobs for me.

Who are NDSU mentors who have influenced you? Diann (Clarens) Hoedl, Don Miller, Bob Sylvester, Chuck Peterson, Bob Bieberdorf, Kyle Mack and many other people.

Who are your NDSU friends? Lots of people in the Gold Star Band and pharmacy programs.

What is one of your favorite memories of NDSU? Marching in the Gold Star Band for the first game in the Fargodome in 1993.

What accomplishments are you most proud of? Organizing and editing a critical care pharmacy textbook, and all of the successful students and residents I have mentored over the years.

What advice would you give your 25-year-old self or an NDSU student studying in your field? Be patient. Not everything happens all at once. Sometimes you have to put in time in areas that are not exactly your final goals/destination in order to build valuable experience.

Tell us about your family: My wife, Jodi, and I have three dogs: Max, Truman and Henry.