Wentz is an academic powerhouse 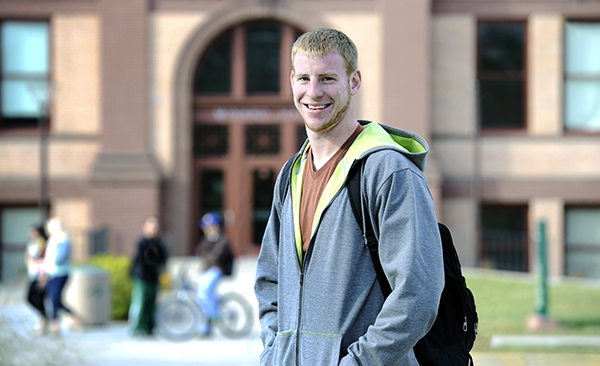 Carson Wentz is a force to be reckoned with on the football field and in the classroom.

The NDSU quarterback, who is majoring in health and physical education, has a perfect 4.0 grade point average.

He has racked up a long list of academic honors, many of which are reserved for the best student-athletes in the country.

Wentz just won the NCAA Elite 90 Award for the third season in a row. The award goes to the student-athlete with the highest cumulative GPA at each of the NCAA’s 90 national championships. It is meant to honor the student-athlete who has reached the pinnacle of competition at the national championship level in his or her sport, while also achieving the highest academic standard among their peers.

In December, Wentz was selected as the Academic All-American of the Year for Division I football by the College Sports Directors of America. He earned first-team All-America honors last year.

His teammates are strong students, too. Sixty-five NDSU football players made the 2014-2015 Missouri Valley Football Conference Honor Roll, which requires at least a 3.0 grade point average.

Greg Menard, a sophomore majoring in civil engineering, was voted to the Academic All-America first team by the College Sports Directors of America. Wentz, Menard, Zach Vraa and Chase Morlock also were recently selected for the Missouri Valley Football Conference All-Academic Team by a vote of the league’s sports information directors. Andrew Bonnet was an honorable mention.

“Academics are definitely something we pride ourselves in here at North Dakota State,” Wentz said. “We see guys almost yearly making these All-America teams for academic purposes. It’s cool to know we don’t just have great athletes here at NDSU; we have great student-athletes.”