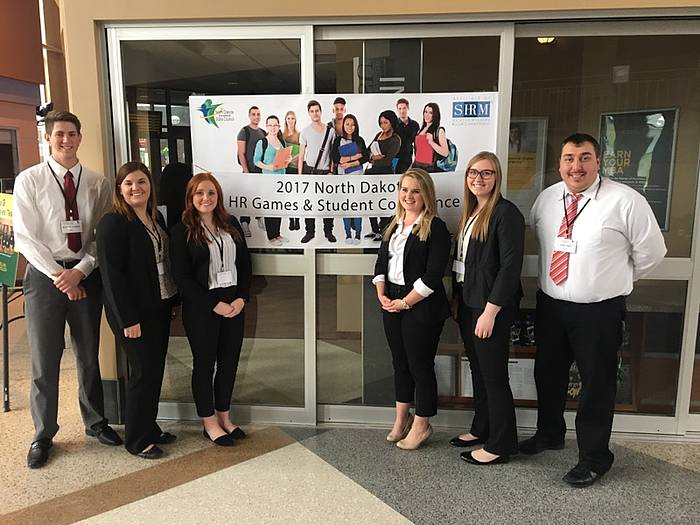 Teams of students wrote an executive summary and presented their solutions to a real-world human resources case study.

“Our favorite part of the competition was hearing how the other schools interpreted the case and how they would have solved the problems that were presented,” said Emily Peterson, a senior management major and student president of NDSU’s Human Resource Association from Delano, Minnesota.

The team is set to compete in the regional tournament in April.

“I hope the students had fun, learned something, met some new people and gained additional confidence in their abilities,” said Charles Stevens, professor of management and NDSU Human Resource Association advisor.