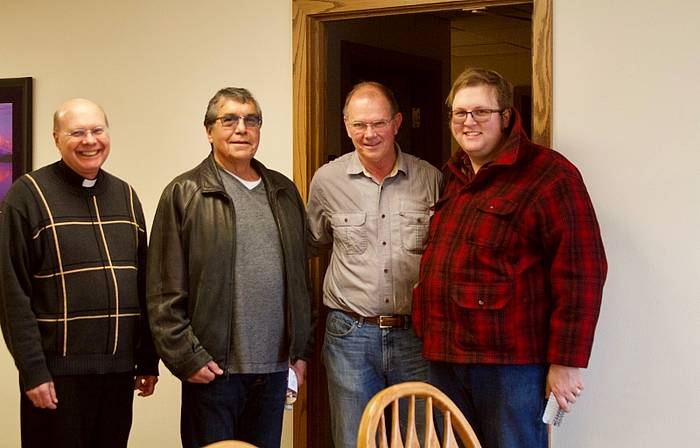 More than 6,500 pounds of beans were loaded into a large truck, which Zuk drove to the mission. Bordeaux said that the beans will be distributed through Tribal Social Services, which has a distribution network in the four counties of the reservation. He said more than 25,000 people in 20 different communities would benefit from the large donation.

During his undergraduate studies, Steinberger worked with Zuk and other NDSU students to deliver produce and crops from research plots to emergency food pantries, food banks, churches, reservations and schools in North Dakota, South Dakota, Minnesota and Montana.

Bordeaux and Kubicki praised Zuk and Steinberger for their efforts and presented Zuk an honorary Star Quilt for his work. “The produce and beans are available every year after research is completed, and I am happy to make deliveries to those in need,” he said.