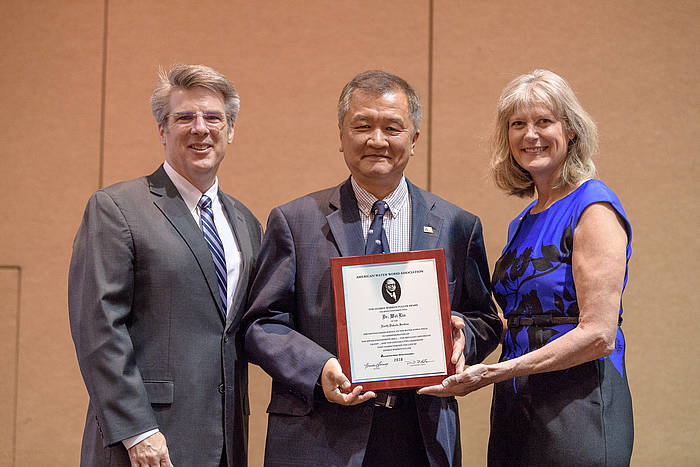 Wei Lin, associate professor with the Department of Civil and Environmental Engineering, has been awarded the American Water Works Association 2018 George Warren Fuller Award. The award is presented annually to members who demonstrate distinguished service to the water supply field.

Lin was honored for his research work in the area of water and wastewater treatment as well as his commitment to NDSU’s student-focused mission.

In addition to advising numerous students throughout his more than 20-year career, Lin has served as the faculty adviser for the association’s student chapter at NDSU. In its Fuller Award nomination letter, the North Dakota AWWA section recognized Lin’s dedication and enthusiasm as one of the reasons the chapter has been among the best in the nation.

Lin joined the NDSU College of Engineering faculty in 1997. He also serves as an adjunct professor at the Beijing Institute of Civil Engineering and the East China University of Science and Technology.