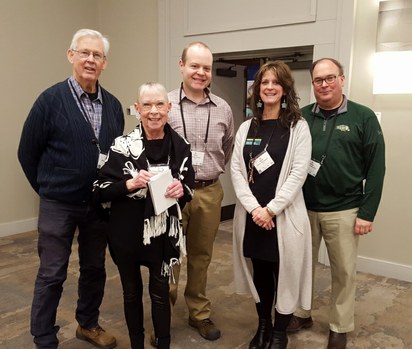 Barber’s key question to the panel members was, “Are there varieties you have discarded through breeding selection that you wish you could examine more closely, and do they have flavor properties that might interest chefs?” All four panelists said they would enjoy the challenge of studying discarded materials, noting that finding unusual and interesting materials is part of the fun of plant breeding.

Thompson’s potato breeding program is a good example of a program that produces attractive and delicious foods the culinary world may like, even if they do not meet the potato industry’s processing parameters. She said many of the “discarded clones from research are beautifully colored and flavorful” and that people in her project have used the never-released lines to make dishes such as a yellow lefse (a Scandinavian type of flat bread).

Green said plant breeding includes a lot of failure because a high percentage of the genetic material that is evaluated does not meet the selection parameters and is discarded. He said, “Being able to spend more time testing varieties that look promising but don’t necessarily meet those standards would be fun and interesting. We would like to do it.”

The problems of marketing low-acreage crops were illustrated when the group talked about oats. McMullen said he has seen a large decrease in oat acreage during his years as NDSU’s oat breeder, and explained that the market is limited and impacted by international trade. Farmers in the audience and McMullen said the market is complicated and making a profit on oats is generally difficult.