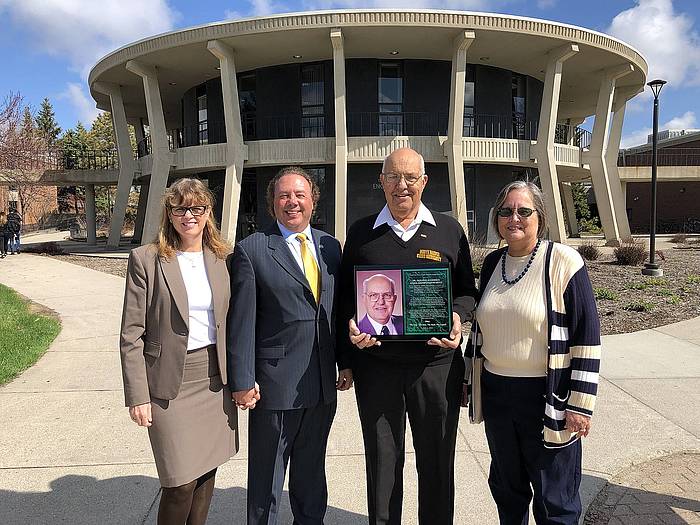 A new scholarship benefiting NDSU College of Engineering students has been established in honor of Don Andersen, a longtime professor of civil engineering.

The Dr. Donald Andersen Scholarship Endowment was created through a generous gift from NDSU alumnus Timothy Welch and his wife, Donna LaQua-Welch. Students pursuing a major in the Department of Civil and Environmental Engineering will be eligible for the award.

Andersen served as a teacher, researcher and mentor at NDSU for 33 years, retiring in 2012. But that’s not his only connection to the university, before earning his Master’s from Penn State University and doctorate from Texas A&M, Andersen graduated from NDSU in 1970 with a bachelor’s degree in civil engineering.

“He had a passion for his students and for the university,” Welch said.

It was that passion and love for students that inspired Welch to create the new scholarship, and Andersen is excited about the positive impact it will have on future generations of engineers.

“I hope this endowment will help students stay on schedule to graduate and reduce their financial burden,” Andersen said.

During his tenure at NDSU Andersen served as an adviser to several student groups, conducted research with the North Dakota Department of Transportation and was awarded Teacher of the Year in the College of Engineering. He remains with the department as a professor emeritus.