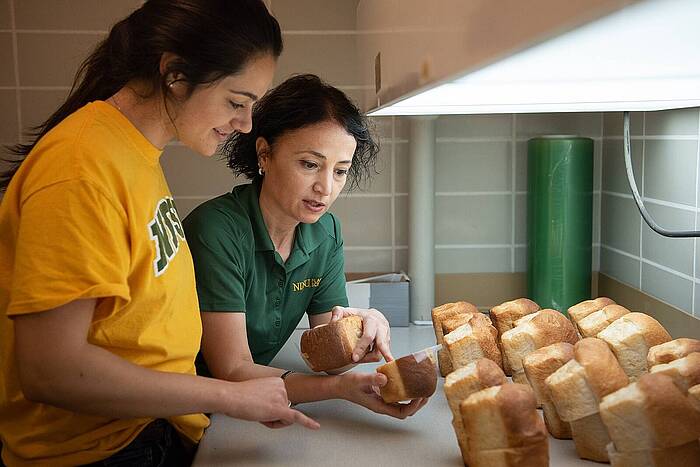 NDSU researchers recently received a USDA Food Safety and Defense grant to explore the use of steam pasteurization to reduce pathogens in milled flour.

Wheat is the third-most produced crop in the world, and milled flour is a central component in food products around the globe. Historically, there has been little concern for the safety of wheat flour and its related food products, as flour is low in moisture and cannot support microbial growth. However, some microbes can survive in low moisture conditions for extended periods of time.

During the growing season and harvest, wheat kernels are exposed to a variety of potential contaminants, including animals, insects, soils, wind and harvesting and transportation containers. Eating raw dough products has led to outbreaks, primarily caused by Salmonella and E. coli.

“Consuming raw dough or batters made with wheat flour is considered a food safety risk, yet a significant majority of consumers report doing so,” Simsek said. There is currently no established kill step for enteric pathogens during wheat milling.”

Simsek said traditional pasteurization methods that use high heat to kill pathogens are undesirable in the flour industry because high temperatures can alter the functionality of wheat gluten protein.

Simsek joined the NDSU faculty in 2007. She earned her bachelor’s degree at Bulent Ecevit University, Turkey; master’s degree in biochemistry from Gebze Institute of Technology, Turkey; and doctorate in food science at Purdue University.