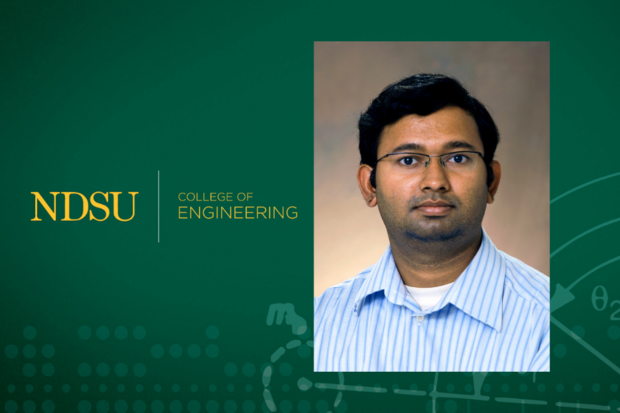 Sudarshan Srinivasan, professor of electrical and computer engineering, has been awarded more than $350,000 from the National Science Foundation to develop new ways to protect private data.

Srinivasan has nearly 20 years of experience in developing verification techniques for microprocessors and other digital systems. His latest project is focused on finding ways to protect computer systems from Spectre, a security flaw discovered in 2018 that affects almost every computer system including desktops, laptops and mobile devices.

“Unlike many other hardware security exploits that are often implementation bugs, Spectre is an issue with the fundamental algorithms used in modern microprocessors,” Srinivasan said. “A steady stream of hardware solutions and software patches that depend on hardware enhancements are being proposed to address these flaws. However, without verification techniques that can guarantee invulnerability to the security flaws, bugs and trojans in the designs can continue to be exploited and render the solutions ineffective.”

Srinivasan and his research group are on the cutting-edge of this emerging technology and have already developed a highly-automated process for testing the vulnerability of microprocessors.

Verification techniques that can detect Spectre in the design phase will, to a large extent, block a slew of such attacks. The next step in their work is to prove that their method is efficient and scalable for use in large-scale digital systems.

“Computer security issues have been plaguing society for a while now. Financial systems, health-care systems, defense systems, educational institutions and governmental organizations have been systematically targeted, and the issue is only becoming more severe with cyber warfare. Microprocessors are the brain center of such systems. Techniques that can identify vulnerabilities in microprocessors at the design phase, while not a solution to the whole problem, is definitely like cementing a gaping hole in the wall of a home,” Srinivasan said.

In addition to supporting this important research, Srinivasan’s grant provides money for new K-12 outreach efforts designed to recruit students from underrepresented groups to the computer engineering program at NDSU.