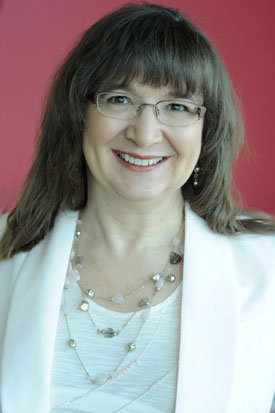 October 12, 2016 – Fargo, North Dakota – Kelly Buettner-Schmidt, associate professor in the NDSU School of Nursing, has been selected as a nurse leader by the American Academy of Nursing in its 2016 class of Academy fellows. Buettner-Schmidt and other inductees from around the country are being honored at the Academy’s annual policy conference on October 20-22 in Washington, D.C.

“I am delighted to welcome this superb cohort of talented clinicians, researchers, policy leaders, educators and executives as they join the ranks of the nation’s leading nursing and health care thought leaders,” said Academy President, Bobbie Berkowitz, Ph.D., RN, NEA-BC, FAAN. “We look forward to celebrating their accomplishments at our conference, and then working with them to advance the Academy’s mission of transforming health policy and practice by applying our collective nursing knowledge.”

Buettner-Schmidt, Ph.D., RN, was selected for contributions to nursing and health care. Two current Academy fellows sponsor new inductees, who are reviewed by a panel of elected and appointed fellows. Selection is based, in part, on the extent a nominee’s nursing career has influenced health policies and the health and wellbeing of all.

“Dr. Buettner-Schmidt’s scholarship in smoke pollution, tobacco-free compliance, and health policy has made significant strides in advancing the knowledge of health and nursing,” said Carla Gross, associate dean of NDSU’s School of Nursing and Fargo site chair in the College of Health Professions. “This national honor illustrates that her contributions to the nursing field are widely recognized.”

Buettner-Schmidt is the only inductee from North Dakota into the Academy for 2016. She became a faculty member in NDSU’s School of Nursing in 2014. Her research interests include health policy, public health, public health nursing, health promotion, disease prevention, and tobacco cessation, prevention and control. Her research has been published in the Journal of Pediatric Nursing, Research in Nursing & Health, Tobacco Control, Public Health Nursing, Journal of Advanced Nursing, and appeared in U.S. News and World Report and WebMD, among others.

The American Academy of Nursing fellows represent all 50 states, the District of Columbia, and 28 countries. More than 160 highly-distinguished nurse leaders were selected as the 2016 class of Academy fellows. The Academy is currently comprised of more than 2,400 nurse leaders in education, management, practice, policy, and research. Academy fellows include hospital and government administrators, college deans and renowned scientific researchers.

For more information about the American Academy of Nursing and the 2016 policy conference, visit http://www.AANET.org/2016

As a student-focused, land grant, research institution, we serve our citizens.