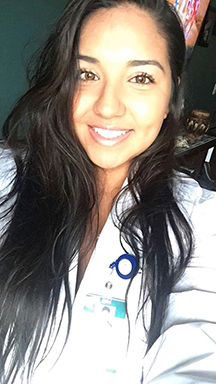 Jetty, of the Turtle Mountain Band of Chippewa Indians, is pursuing a degree in recovery-related fields and will receive the scholarship in support of her efforts. The program encourages Native American college students to seek careers as mental health professionals so they can help their communities recover from substance use disorder in a way that honors their tribal heritage and traditions, according to a news release from the American Indian College Fund.

“Thousands of Americans are dying from opioid overdoses, and people living in rural areas often suffer more due to the lack of easily accessible health care,” said Tracy Malone, president of the United Health Foundation in a news release. “The United Health Foundation is honored to support these bright and motivated students who will serve an important and needed role fighting the disease of addiction, provide culturally competent care to their Native communities and give back to the people of North Dakota.”

NDSU School of Nursing at Sanford Health students in Bismarck who received scholarship awards include: Koko Wognin-Bile and Genea Taylor.

Blue Cross Blue Shield of North Dakota distributed Caring Foundation Health Profession Scholarships to 26 students totaling $65,000 in 2018, according to the Foundation, with a goal to help address a critical nursing shortage by providing financial assistance to health profession students across the state.

With sites in Bismarck and Fargo, North Dakota, NDSU School of Nursing offers programs to part- and full-time students, working professionals and those seeking online educational opportunities. Programs include:  RN to BSN blended online program; pre-licensure BSN program; LPN to BSN blended online program; and doctor of nursing practice/family nurse practitioner program in Bismarck and in Fargo. The School of Nursing is part of the NDSU College of Health Professions. The bachelor’s of science in nursing (BSN) program and doctor of nursing practice (DNP) program at NDSU are accredited by the Commission on Collegiate Nursing Education www.aacnnursing.org/CCNE