William is a member of Boston Brass, a band whose entertaining blend of chamber music, jazz, and educational outreach is a perfect fit for a tuba player equally at home with Bach and bebop. William has performed across the US in venues from the Corn Palace to Carnegie Hall, and has toured in Europe with both the Chicago Symphony and the Orchestra dell’Accademia Nazionale di Santa Cecilia. William can be heard on the Chicago Symphony Orchestra’s Grammy-winning 2008 recording of Shostakovich’s 4th Symphony, and if you look hard enough you might spot him acting as a background musician in the episode "Slave to Memory" from 20th Century Fox’s Empire. When not on the road with Boston Brass, William teaches tuba and euphonium at Northeastern Illinois University, performs with the New Orleans-inspired High Hat Second Line, and is a member of the virtuosic Brass Band of Battle Creek. 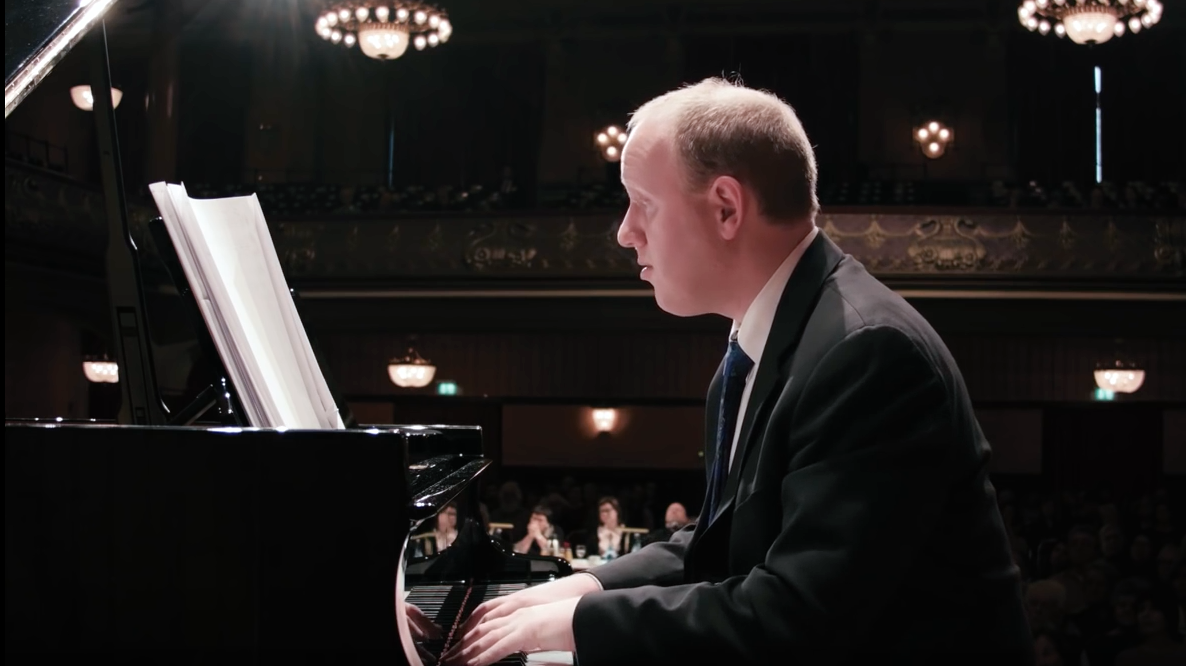 Pianist Tyler Wottrich has distinguished himself as a chamber musician, vocal pianist, solo performer, and teacher. Wottrich is an Associate Professor at North Dakota State University’s Challey School of Music, where he created a graduate collaborative piano program and serves as artistic director of the NDSU Chamber Music Festival. Wottrich is committed to the performance of new music and has worked with such composers as John Luther Adams, John Corigliano, Georg Friedrich Haas, Jocelyn Hagen, Richard Hundley, David Lang, Libby Larsen, Missy Mazzoli, Dominick Argento, and Bright Sheng. Wottrich began his piano studies with Gail Olszewski before studying with Lydia Artymiw at the University of Minnesota, from which he graduated summa cum laude with degrees in both music and mathematics. He completed his M.M. and D.M.A. as a Staller Fellow at Stony Brook University where he studied with Gilbert Kalish.

North Dakota State University is pleased to announce the formation of a composition contest in memory of the late Sam Pilafian. The winning composer will receive a commission to compose a new work as a memorial to the work of Sam Pilafian in his time as a guest faculty member at NDSU as well as his contributions to the music world.

J. Samuel Pilafian had a remarkable career in music through a variety of areas, including his role as a founding member of the Empire Brass Quintet and later a member of the Boston Brass; as an internationally renowned tuba and brass pedagogue at several universities; and as a composer and arranger for a large library of solo and ensemble works. Along with the Boston Brass in his final days, he forged a relationship with North Dakota State University in developing a new approach to teaching music in the universities that would include all areas of preparation in music towards creating a stronger music student. His untimely death in 2019 robbed the music world of a truly remarkable, diverse musical talent.

As part of its commemoration of the memory of Sam Pilafian, North Dakota State University is establishing a composition contest that focuses on Sam’s first love: the tuba. The competition is structured to develop an original composition in his memory that promotes new, original music for the tuba as well as potentially providing composers a forum for increasing awareness of their work.