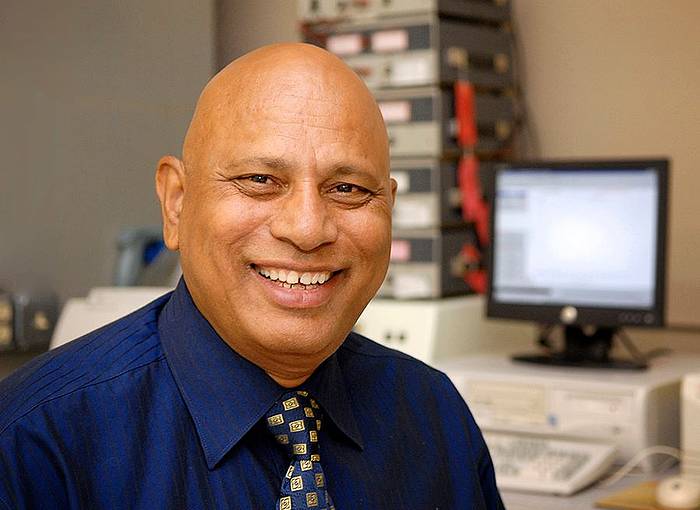 December 6, 2016 – Fargo, North Dakota – Jagdish Singh, chair and professor in pharmaceutical sciences in the College of Health Professions at North Dakota State University, is receiving a $1.89 million grant award for an Alzheimer’s disease study. The goal of the research is to develop a new delivery system that uses neurotrophic growth factor to treat and prevent Alzheimer’s disease. The grant from the National Institute on Aging of the National Institutes of Health spans five years.

The most common type of dementia in elderly populations, Alzheimer’s disease accounts for 60 to 80 percent of such cases. More than 46 million people worldwide live with dementia, and numbers are expected to increase to 131.5 million by 2050. Global costs to manage dementia will reach $1 trillion, according to a 2015 report from Alzheimer’s Disease International.

The research at North Dakota State University includes Dr. Takahisa Kanekiyo of Mayo Clinic, Jacksonville, Florida as co-principal investigator. The NDSU research team is focusing on designing a gene delivery carrier that efficiently delivers the Nerve Growth Factor (NGF) to the brain in an effort to prevent and treat Alzheimer’s disease. The study will be conducted in vitro and in vivo in Alzheimer’s animal models.

“By developing a mechanism to more efficiently deliver Nerve Growth Factor across the blood brain barrier, strides can be made to more effectively treat diseases such as Alzheimer’s, which will continue to be a significant global health issue far into the future,” said Singh.

The grant award to Dr. Singh at NDSU totals $1,895,625 over the five-year period. As professor and chair of the Department of Pharmaceutical Sciences in the NDSU School of Pharmacy, Singh is a Fellow of American Association of Pharmaceutical Scientists (AAPS) and Fellow of the Association of Biotechnology and Pharmacy. His research has been published in more than 175 peer-reviewed papers and 350 abstracts. Singh began his career at NDSU in 1994 and has served as department chair in pharmaceutical sciences since 2002. He has received multiple research and teacher of the year awards at NDSU.  He received his bachelor’s and master’s degrees in pharmacy, and a Ph.D. in pharmaceutics from the BHU Institute of Technology, Varanasi, India.