Jagdish Singh is Professor and Chair of the Department of Pharmaceutical Sciences at NDSU College of Pharmacy, North Dakota and a Fellow of American Association of Pharmaceutical Scientists (AAPS) and Fellow, Association of Biotechnology and Pharmacy. Singh’s efforts focus on the mechanistic studies for developing and testing novel delivery technologies to deliver biotechnologically derived molecules (e.g., peptide, protein, and gene). US Department of Defense, National Institutes of Health, PhRMA Foundation, and AFPE have funded my research. Singh has published over 150 peer-reviewed papers and 270 abstracts.

Singh has supervised over 30 graduate students and post-doctoral fellows, and over three dozen undergraduate and professional (Pharm.D.) research students. He has also served/ is serving on advisory committee of 25 graduate students in Pharmaceutical Sciences, Chemistry, Polymers and Coatings at NDSU.  Singh believes in a good graduate program and derives pleasure in mentoring large number of graduate students, seeing them maturing as scientists and excelling in their employment after graduation. He was instrumental in developing and implementing the combined Pharm.D./Ph.D. program at NDSU College of Pharmacy.

The Department of Pharmaceutical Sciences at NDSU has witnessed significant growth in terms of research grants, publications, graduate education, interdisciplinary research and became the part of COBRE and INBRE from NIH during his ten years of leadership as a Department Chair. The department was ranked 9th in year 2009 in nation among the US schools and colleges of pharmacy based on number of Ph.D faculty receiving NIH funding. Under Singh’s leadership as department chair, National Research Council ranked the NDSU graduate program in pharmaceutical sciences 39th on the research based ranking and was above the University of Iowa and University of Kentucky. The program ranked # 1 in student support. Singh along with Dr. Peterson was  successful establishing a Center of Excellence for Economic Development (Center for Biopharmaceutical Research and Production).  In addition, Singh was part of two accreditations of our pharmacy program at NDSU, and currently serving to the executive team of the self-study for accreditation visit this year.

I teach Pharmaceutical Dosage Forms and Delivery Systems to Pharm.D. students, and Advanced Biopharmaceutics to Ph.D. students at NDSU.

I conduct mechanistic studies for developing and testing novel delivery technologies to deliver biotechnologically derived molecules (e.g., peptide, protein, and gene) for the treatment of diabetes, cancer, and neurodegenerative diseases. The specific research interests are transdermal delivery of bioactive materials, conformational and chemical stabilization of proteins in delivery systems, delivery of therapeutic proteins and genes using microspheres and nanoparticles, nanomicelles, liposomes as well as synthesis and characterization of graft polymers for protein and gene delivery.

Yu Tang and Jagdish Singh,Controlled delivery of aspirin: Effect of aspirin on polymer degradation and in vitro release from PLGA based phase sensitive systems. International Journal of Pharmaceutics, 357, 119-125, 2008.

Chandrasekar Manoharan and Jagdish Singh, Effect of zinc on insulin stability in the primary emulsification of the microsphere preparation process, submitted to AAPS PharmSci, 2008.

Babu Medi and Jagdish Singh, Prospects of vaccines for allergic and other immunological skin disorders. American Journal of Clinical Dermatology, 7 (3), 145-153, 2006. 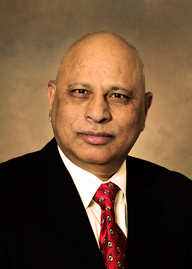