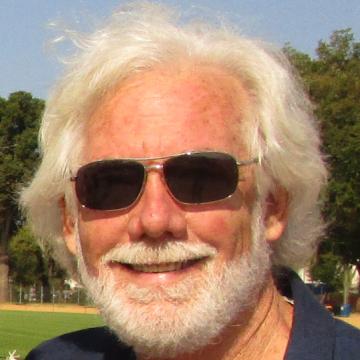 For his entire 40+ year research career, Dr. Reynolds has focused on ‘Problems of Pregnancy,’ including infertility (the inability to conceive and establish a pregnancy), poor pregnancy outcome (primarily reflected by low birthweight), and premature birth in livestock. These problems of pregnancy have major socioeconomic and health implications for livestock and for humans as well. Dr. Reynolds is a founding Director of the Center for Nutrition and Pregnancy at NDSU.
Along with numerous collaborators throughout the world, Dr. Reynolds helped establish that placental (uterine and umbilical) blood flows are key to normal placental function (i.e., transport between the maternal and fetal systems) throughout gestation. Subsequently, they showed that the placenta produces angiogenic factors that drive its dramatic vascular development, which is key to increased blood flow. They also were among the first to develop methods to evaluate the rate of cell growth in vivo, including that of the placenta. Dr. Reynolds and co-workers have shown that the profound effects of maternal stressors on placental development begin very early in pregnancy, resulting in altered placental function and consequently altered fetal growth and development. These maternal stressors include especially malnutrition, but also maternal age, maternal and fetal breed, environmental factors, and assisted reproductive technologies. They also were among the first to recognize and investigate the potential impact and long-term consequences of ‘developmental programming’ in livestock. Currently, Dr. Reynolds and colleagues are investigating therapeutic and management strategies to improve fertility and pregnancy outcomes, as well as the role of the fetal and maternal steroid metabolomes in the processes of fetal organ maturation, birth, and postnatal survival.

During his 40+ year career, Dr. Reynolds:
· Has been PI or Co-PI on 42 federal grants (~ $14.2 million total grant funds received) from agencies including NIH (12 grants), NSF (11 grants), and USDA (16 grants), as well as 2 Fulbright Senior Scholar awards (2017 and 2022) to teach and establish research collaborations with the Physiology of Reproduction group of the Veterinary Faculty at the University of Murcia in Spain.
· Served, since 1986, on 64 federal grant-review panels for NIH (53, chair of 6), USDA (8, chair of 2) and the Fulbright Scholar Program (3). Has done grant reviews for federal programs in Australia, Brazil, Canada, France, Germany, Holland, Israel, Italy, Norway, Poland, Spain, Switzerland, and the U.K.
· Has published more than 240 books, book chapters and journal articles including 30 invited reviews (see Google Scholar - https://scholar.google.com/citations?user=Q_Q_2yUAAAAJ&hl=en). These publications have been cited more than 15,000 times (h-index 64, i10 index 212; Google Scholar). For all pubs, also see: My Bibliography at NCBI - https://www.ncbi.nlm.nih.gov/myncbi/collections/mybibliography/?pacfilt…
· Is ranked in the upper 2.4% overall of top-cited researchers in the world (all STEM fields) and in the upper 0.3% of top-cited researchers in his primary field (Dairy & Animal Sciences) (Ioannidis et al., 2020 - https://doi.org/10.1371/journal.pbio.3000918).
· Has received the American Society of Animal Science (ASAS) Animal Growth and Development Award, the ASAS Animal Physiology and Endocrinology Award, the Eugene R. Dahl Excellence in Research Award at NDSU, and the 51st NDSU Faculty Lectureship.
· In 2016, was named Fellow of the American Society of Animal Science, the highest honor bestowed by the society.
· Has taught and lectured in more than 25 different undergraduate and graduate courses in cell biology, endocrinology, growth biology, nutritional science, and reproductive biology.
· Has mentored more than 35 undergraduate research interns, 14 graduate students, and 30 postdoctoral fellows, visiting scientists and junior faculty.
· Was Co-Director, from 2012 to 2016, of the Frontiers in Reproduction (https://fir.mbl.edu) advanced summer course at the Marine Biological Laboratory in Woods Hole, MA, where he also served as a Faculty/Scientific Course Consultant for 11 years (2009 to 2019).
· Has co-organized and spoken at more than 50 national/international symposia and held 16 Visiting Professorships and Keynote Speakerships throughout the world.
· Served, from 2005 to 2008, as Editor-in-Chief of the Journal of Animal Science, the world’s top-ranked Animal Science journal.
· Was named “University Distinguished Professor of Animal Sciences” in 2008 at his home institution (North Dakota State University).
· Has been involved with a national effort promoting farm animals as dual-use models for agricultural and biomedical research (https://www.canr.msu.edu/adsbm/).
· Also is involved with national/international efforts to highlight the importance of funding for livestock research, which is critical to solving problems of pregnancy, food security and agricultural sustainability.