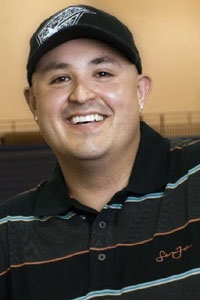 Ryan Eagle is an enrolled member of the Three Affiliated Tribes of the Fort Berthold Indian Reservation in North Dakota – the Mandan, Hidatsa, and Arikara Nation.  Ryan is the Research Project Manager at the American Indian Public Health Resource Center at North Dakota State University in Fargo, ND.   In his position with NDSU Ryan provides technical assistance to tribes regarding research processes, benefits, and barriers as well as assisting with all stages of program evaluation design and implementation.  Ryan assists in pursuit of research grants and assists in writing grants in collaboration with tribes.  Ryan also is working to develop an inventory of tribal research agendas in the Northern Plains that is based on individual tribal research priorities.  Ryan initially attended Fort Berthold Community College in New Town, ND where he received an Associate of Science in Environmental Science.  While attending Fort Berthold Community College, Ryan was selected as the American Indian Higher Education Consortium Student Congress Student of the Year.  Ryan continued his education at the University of North Dakota in Grand Forks, ND where he received a Bachelor of Arts in Political Science and minors in Public Administration and Indian Studies.

While attending the University of North Dakota, Ryan was a Ronald E. McNair Postbaccalaureate Achievement Program Scholar, as well as a University of North Dakota American Indian Centennial Scholar.  Ryan interned in Washington, D.C. for the United States Department of Commerce, in the Office of Civil Rights for the U.S. Patent and Trademark Office; Office of Congressional Affairs for the U.S. Census Bureau; and the Office of Grants Management for the National Oceanic and Atmospheric Administration.  Ryan was a Morris K. Udall Native American White House Fellow, working in the Executive Office of the President, Council on Environmental Quality for the Clinton Administration in 2000.  Ryan was selected by the North Dakota Indian Education Association as the 2011 Fort Berthold Co-Educator of the Year.  Ryan was selected by the Bush Foundation as a member of Cohort 3 of the Native Nation Rebuilders Program.  For thirteen years prior to coming to NDSU Ryan worked for the Boys & Girls Club of the Three Affiliated Tribes, and served as its Executive Director for six years.

In his free time Ryan enjoys traveling, reading, and spending time with his friends, family, and his two golden retrievers Baxton and Tucker.