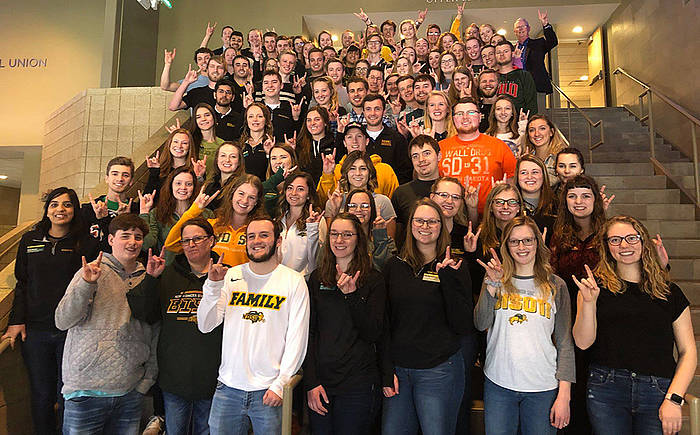 NDSU students collected a record total of $8,119.17 for a North Dakota teen fighting cancer during the ninth annual “Battle of the Cents-es” event. The fundraising competition, which pits student ambassadors from the College of Health Professions against student ambassadors from the College of Engineering, was held March 25-29.

The money will benefit LJ Wells, an 18-year-old from Granville, North Dakota, who plans to attend NDSU as a freshman in fall 2019. Wells was diagnosed with Adrenal Cortical Cancer (ACC) in July 2018, a rare form of cancer that begins in the adrenal glands. Doctors later discovered the cancer had spread to his lungs, liver and possibly his heart.

He has undergone surgery and several rounds of chemotherapy in Fargo and is now trying a new medicine and receiving care through Colorado University.

Students collected donations at booths in the Memorial Union, the engineering complex and Sudro Hall. Teams earn positive points for change or Venmo donations. Paper bills are subtracted from each group’s total.