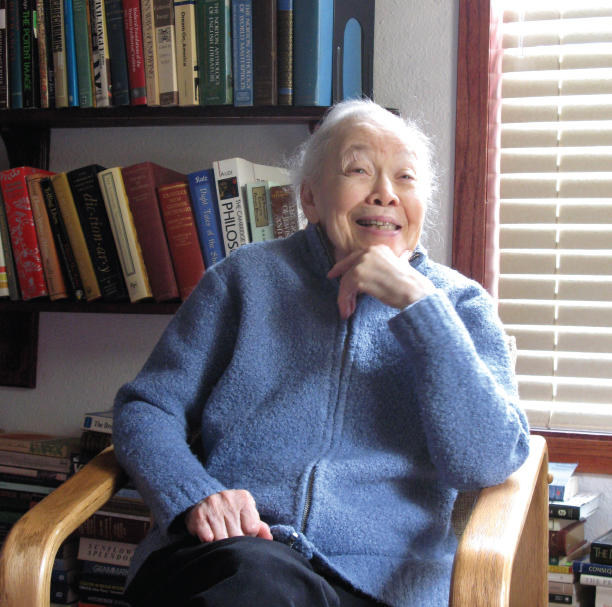 Dr. Catherine Cater
and the life of the mind

The phone rang in my office in Ceres Hall just minutes past 8 on a Monday morning in 1984.

“Am I interrupting you?”

“You’re sure I’m not interrupting?”

The caller was Reuben W. Askanase, calling from his office in Houston, Texas. It was not unexpected. The calls came predictably on Monday mornings. Of course, I didn’t tell him that part of my job was talking to NDSU’s alumni and friends and taking his call was never an interruption.

Askanase, a Fargo native and former NDSU student who by then was a successful businessman in Texas, had previously made a substantial challenge gift to the university that resulted in the building of Askanase Hall in the 1960s. Acting-President Bob Koob had suggested he might be interested in contributing to another project and asked me to convey the idea.

Askanase and his wife, Hilda, had met Dr. Catherine Cater on one of their visits to Fargo and the three had become good friends. Perhaps the Askanases would like to establish something in Dr. Cater’s honor.

Koob suggested establishing an honorary professorship in her name.

“How much do you think that might cost?” Askanase asked me. When I queried Koob, he said, “Tell him half a million dollars.”

Askanase: “That’s way too much! What else can you suggest?” Koob backed down the request: “How about a series of prominent guest lecturers? He could peg that at any level he feels comfortable with.”

The idea suited both the Askanases and Cater. She had been instrumental in bringing guest speakers to the campus before, including University of Chicago President Robert Hutchins and anthropologist Ashley Montagu in the early ’60s.

Now with the Catherine Cater Humanities Lecture Series established, she was able to help select and invite distinguished humanities educators to NDSU.

The first lecture was given in October 1987 by NDSU graduate Patty Dodge Stocker, then associate dean of business at the University of Maryland, followed over the next 10 years or so by University of Chicago President Hanna Gray, Stephen Toulmin of Northwestern, Frederick Bernthal of the National Science Foundation, Bard College President Leon Botstein, Brown University President Vartan Gregorian, Yale historian Howard Lamar, Sheldon Hackney of the National Endowment for Humanities, psychologist Richard Voss, North Dakota historian Clay Jenkinson and others.

That Catherine was instrumental in bringing this group of noted humanities scholars to NDSU was typical of her dedication to what she eloquently termed “the life of the mind.” She was an extraordinary teacher and until the end of her life at 98 she never wavered in her pursuit of knowledge.