Replanting when crop damage and stand reduction occurs early in the growing season can be an economically viable option. Replanting decisions, however, are complicated by not knowing what future seasonal growing conditions will occur. Decisions should be based on historic weather trends plus current environmental and economic conditions.

The decision to replant should be made only after evaluating the following questions: Will the economic returns exceed the cost of replanting? What is the most viable crop to plant? Furthermore, carefully consider how current soil moisture, previous herbicide use and the date of replanting might influence the crop or crops to be replanted.

The final decision on replanting should be based on sound agronomic and economic information. Injury to the original stand, as well as crop uniformity and overall plant health, must be determined accurately. The initial critical question is whether keeping the original stand or replanting will result in greater net income.

Evaluating crop injury and estimating potential crop yield is the first step in determining if a crop should be replanted. The best possible evaluation of the surviving stand is needed because the critical yield comparison ultimately will be between the suboptimal stand from the original planting date versus a full stand from a later than optimum planting date.

During the seedling stage, injury that results in stand reduction will cause the greatest yield reductions. Leaf injury or loss during early stages has a minimal effect on yield; however, as the crop approaches reproductive developmental stages, leaf damage or loss is more detrimental to yield. An assessment of potential plant stand soon after crop injury occurs (within a week) is critical to avoid delays if replanting is necessary.

An accurate determination of the existing stand must be made. Stand counts should be taken at random from several areas in damaged portions of the field. Determining stand level may be more complicated than simply counting plants. If seedling emergence is uneven, an evaluation of potential late-emerging plants should be made. Plant damage and loss in fields often is distributed randomly throughout a field and this complicates decision making.

In early plant development, a few key structures are indicators of potential plant survival. A healthy root system and seedling tissue are needed during plant establishment (see Figure 1 for key structures). If these structures appear normal and the depth of the seed is not excessive, emergence likely will occur when soil moisture is adequate. Destruction of leaf area on young plants is seldom as detrimental to subsequent plant growth and yield as the initial appearance may suggest. If the growing point of the small grain is not damaged and the stem is not broken below the cotyledon node of broadleaf crops, the plants likely will recover. 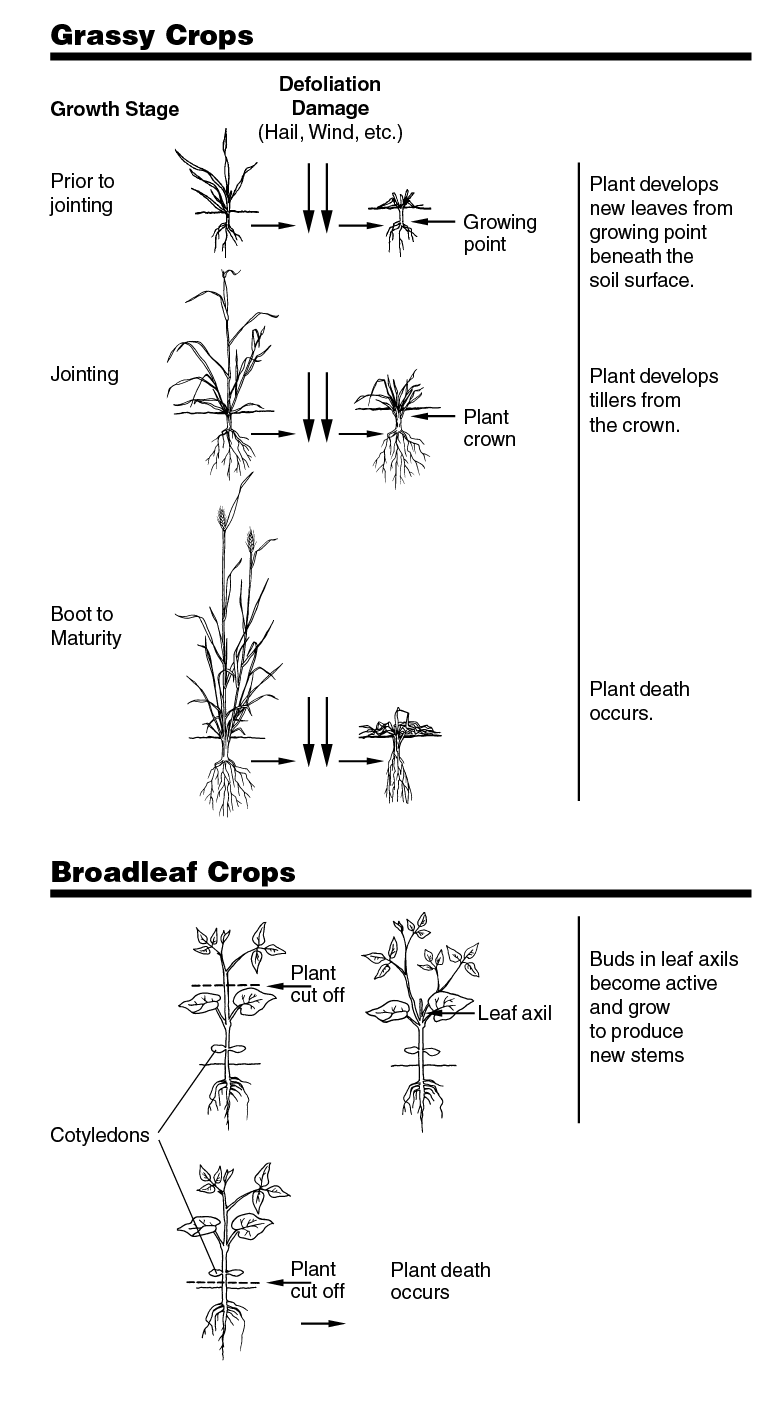 Figure 1. Effect of injury on grassy crops at different growth stages and on broadleaf crops.

Comparison of the estimated yield of the injured crop with expected yield of an alternative crop minus reseeding costs must be considered. Often this calculation will reveal that the present crop stand will be more viable economically than a later replanted crop.

Table 1 shows the population levels of several crops that should be considered minimum stands when deciding whether to replant, assuming the plant population is relatively uniform in distribution. As the season progresses, the yield potential of a newly planted crop is reduced (Tables 2 and 3); herefore, the lower minimum stand values from Table 1 should be utilized as the season progresses.

Table 1. Minimum stand levels of several crops that should be
considered acceptable before replanting is done.

During early development, the growing point of cereal crops is below the soil surface, making them less susceptible to injury. With this protection, plants can suffer the loss of above-ground foliage without dying.

When hail, frost or similar types of injury cause severe foliar damage, waiting several days after the injury occurs to make an accurate determination of stand reduction is advisable. After this period, new growth on plants with uninjured growing points can be observed as in Figure 1. If no regrowth is observed, the stem of the plant may be cut in half to inspect the growing point. The growing point should be white or cream-colored. Darkening or softening of the growing point usually precedes plant death.

When the growing point moves above the soil surface at jointing in small grain and the sixth leaf stage in corn, it becomes more vulnerable to physical damage.

a Percent of optimal planting date.

When hail severely injures cereal crops after jointing, plants still have potential for recovery by initiating new tillers. Precipitation that usually accompanies hail storms will help stimulate tillering. Potentially, tillering can restore yield potential to acceptable levels if an adequate number of days for plant maturity occur. The number of head-bearing tillers is determined before heading of the main stem, so injury that occurs after heading of the main stem in small grains is the most damaging to yield.

The initial growing point on most broadleaf crops is at the plant’s tip, which increases susceptibility to injury early in the season. Stem breakage or damage below the cotyledons

(Figure 1) will result in plant death. However, buds form in the leaf axils later in the development of broadleaf plants, unlike small grains. After the loss of the main stem from injury, these buds can begin growth with secondary branching replacing the loss of the main stem. When this occurs, yield reduction will result from leaf loss only, rather than a combination of stand and leaf loss. The cotyledons of field pea and lentil remain under ground and the secondary growing points near the cotyledons can be activated if damage occurs to the top of the plant.

In sunflower, secondary stems developed from buds in the leaf axils will not compensate for loss of the main stem. These secondary stems produce seed heads containing a significantly reduced number of seeds compared to the head of a normal plant. In addition, injured plants with secondary stems compete with healthy plants, further reducing yield.

In addition to the direct effect of leaf loss or stand reduction, indirect effects of crop injury, such as increased weed competition and increased disease potential, should be considered. Damaged crops usually grow slowly until they have recovered, which provides the potential for greater weed competition. Loss of leaf canopy allows additional sunlight to reach previously shaded weeds and may result in additional weed flushes. Wounds from hail, insect or wind injury provide opportunities for pathogens to infect the plant. Resulting diseases may reduce grain yield or quality directly.

The decision to replant ultimately must be made by comparing the estimated yield of the injured crop with that of a replanted crop. This is quite subjective and each case must be considered individually in terms of time of year, alternate crop choices, previous herbicide use, crop economics and insurance, and other related factors.

1. Replant.
2. Replant for use as silage or grazing forage.
3. Replant with earlier-maturing varieties/hybrids.
4. Use alternative crop with shorter maturity. (Be aware of possible herbicide residue restrictions).
5. Replant using higher seeding rates (1.3 million to 1.6 million plants/acre for small grain).
6. Do not replant.

1. Replant.
2. Replant for use as silage or grazing forage.
3. Replant with earlier-maturing varieties/hybrids.
4. Use alternative crop with shorter maturity. (Be aware of possible herbicide residue restrictions).
5. Replant using higher seeding rates (1.3 million to 1.6 million plants/acre for small grain).
6. Do not replant.

Residues from previously applied herbicides may restrict some crops from being used as a replant crop.

Refer to herbicide labels and the current North Dakota Weed Control Guide (publication W253) for information that indicates crops that, under normal conditions, can be planted safely on soils previously treated with herbicides.

The decision to replant is both an agronomic and economic one that requires careful assessment of crop injury, yield potential, alternate crop choices and cultural practices related to crop growth and development. Each case of injury must be considered thoroughly and individually.