Interest in electric backup sump pumps is increasing. They reduce the worry of coming home to a wet basement after a flooding and large rain event. This publication is meant to help people make informed choices when installing or renovating a backup sump pump.

Availability
Availability:
Available in print from the NDSU Distribution Center.

Within the sump is an electric-powered pump that moves water to the outdoors and discharges it away from the house (Figure 1).

The sump pump is the first line of defense to keep water out of the basement, but in some circumstances, it will stop pumping. The most common is a loss of utility-provided power. This often happens during thunderstorms and flooding situations when the sump pump is needed most.

Sometimes the pump stops working due to motor burnout, float switch malfunction or some other cause. As a precaution, many homeowners have a replacement sump pump ready to install, but for those situations when no one is home (vacations, travelling, etc.) having a backup sump pump is a good idea. A backup pump also will help if water entering the sump exceeds the capacity of the primary pump.

The typical backup pump system has a 12-volt direct current (DC) motor powered by a battery connected to a specially designed trickle charger. A regular battery charger will not work for this type of installation except in an emergency. 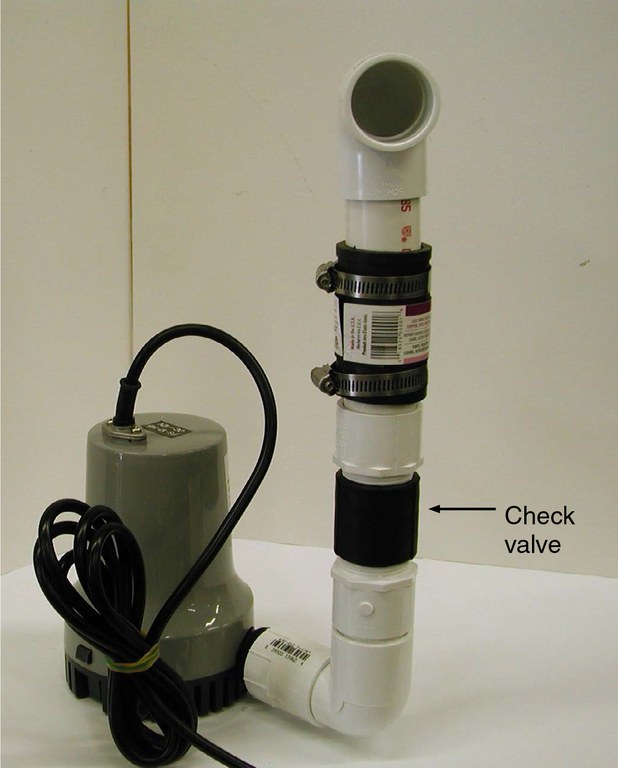 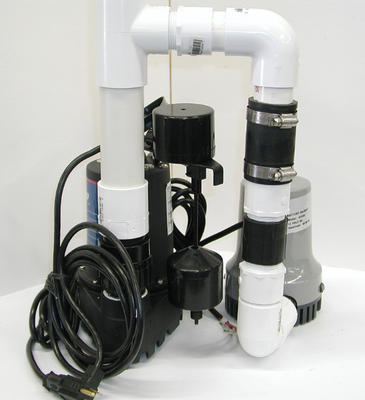 Figure 3. Pipe connections of the backup pump and the primary sump pump. 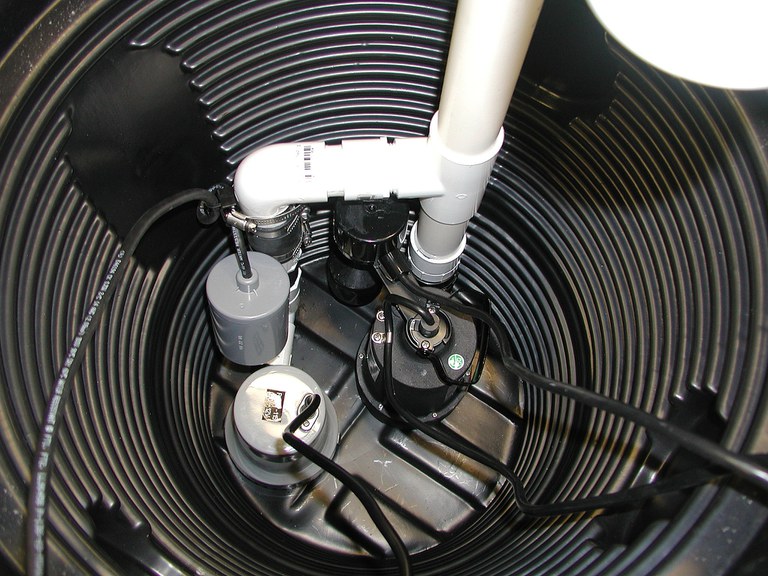 Figure 4. Primary and backup pumps in the bottom of the sump.

The float switch on the backup pump is connected to a battery (Figure 6). When not in use, a specially designed battery charger keeps the battery voltage above 12 volts. The battery and charger are shown in Figure 7. 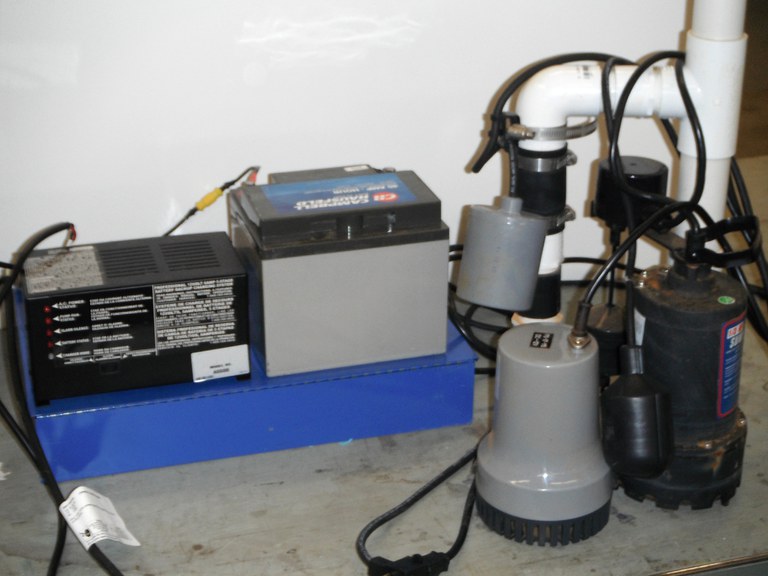 Figure 7. Charger and battery with the primary and backup pumps.

For protection from water, the charger is located 3 to 4 feet above the floor of the basement and near the sump. The battery is often in a plastic battery box on the floor. The charger and battery locations should be easily accessible for maintenance and in a dry environment (no dripping water).

When the primary pump stops working due to an interruption of power or a malfunction, the backup pump must run to protect the basement. Because emergency situations happen very rarely, making sure the battery is fully charged and in good condition is important.

Two types of lead acid batteries are available. Most people are familiar with the standard lead-acid vehicle battery used in a car. These batteries are designed to provide a large amount of current for a short period of time.

The output and capacity of these batteries are rated in cold cranking amps (CCA). The number of CCAs often is printed on top of the battery case. This is not the type of battery to use with a backup sump pump except in an emergency.

A deep-cycle lead-acid battery (sometimes called a marine battery) is recommended for backup sump pumps. This type of battery is rated in ampere-hours (AH). The standard AH rating indicates the number of amps provided in excess of 20 hours. For example, if a battery has a rating of 80 AH, it would provide 4 amps an hour (80/20) for 20 hours. The AH rating usually is printed on the top of the battery.

Combination 12-volt lead-acid batteries have a CCA and an AH rating. However, for backup sump pumps, this type is not as preferable as a deep-cycle battery. Some versions of the lead-acid battery that you may find in stores are the Wet Cell, Gel Cell and Absorbed Glass Mat (AGM).

The Gel Cell and AGM are preferred for backup sump pumps because the plates do not sulfate easily, the terminals don’t corrode and the chance of a hydrogen gas explosion occurring is small. These are important considerations because the battery will be located in the basement, which often has higher humidity than outside air. However, they are specialty batteries and often cost much more than the Wet Cell; plus, they may require a special charger.

Backup sump pumps often are sold as complete units and contain most of the necessary parts, including a charger. The battery and some plumbing pieces are sold separately. When purchasing a battery, check the backup pump manual to find out if the manufacturer recommends a maximum AH battery rating for the pump.

A question often asked is: “How long will the backup pump provide protection?” To answer this question, we created a test setup that mimicked a common sump pump installation in a home. The vertical lift from the pump to the discharge was about 10 feet through a 2-inch-diameter discharge pipe. Figure 8 shows the two pumps when water is flowing into the sump.  Figure 8. Backup pump test stand showing water flowing into sump that contains the two pumps. The charger is in the lower left and on the right is the ultrasonic flow meter used to measure the flow rate. 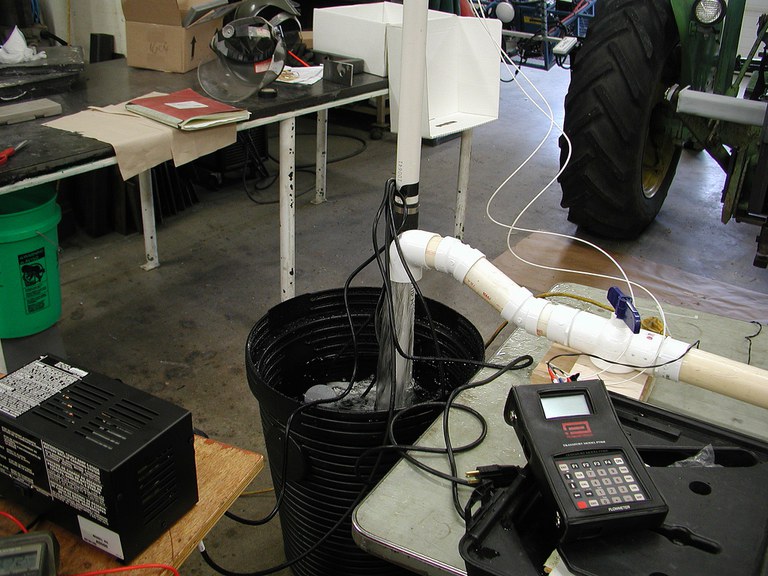 Figure 8. Backup pump test stand showing water flowing into sump that contains the two pumps. The charger is in the lower left and on the right is the ultrasonic flow meter used to measure the flow rate. 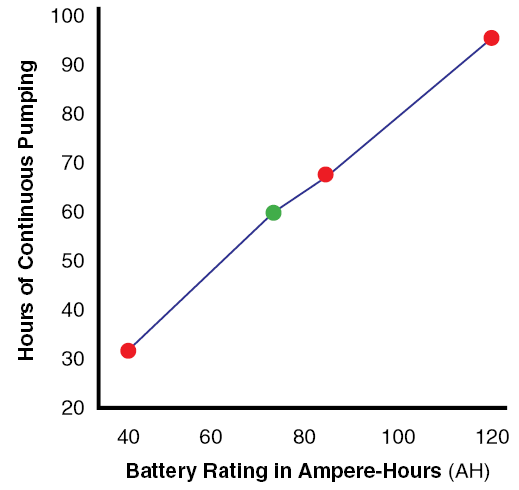 Figure 9. The duration of continuous pumping by a backup sump pump based on the rated AH of the battery. The 120 AH point is estimated.

The three conditions we tested were:

1. For continuous operation: How many hours of protection will a battery with a certain AH rating provide if the pump runs continuously?

This is the worst-case scenario and it means a lot of water is entering the tile system.

To answer this question we tested three 12-volt sealed lead-acid batteries rated at 40, 75 and 84 ampere-hours. For each test, the batteries were fully charged, power was removed from the primary pump and the charger was turned off. The water flow was adjusted to match the flow rate of the pump. The flow rate of the backup pump was about 14 gallons per minute with a fully charged battery.

We let the pump run continuously until it stopped pumping water. At the start of each test, the battery voltage was about 12.7 VDC (voltage in direct current circuit), and the current draw while the pump was operating was about 10 amps. The voltage and current decreased during the tests.

As shown in Figure 9, a 40-AH battery will provide less than four hours of continuous pumping before water enters the basement, whereas a battery rated at 120 AH will provide about 11 hours of protection. The 120 AH battery response (red marker) was estimated using the linear relationship of the other three points. Thus, the answer to question one would be to purchase a battery with the highest AH rating recommended by the manufacturer or that provides protection for the number of hours restoring power in your area commonly takes.

2. For intermittent operation: How many hours of protection will a battery with a certain AH rating provide if the pump runs every four minutes?

This is a common scenario for many homeowners during heavy rain or flooding events.

To answer this question, we only tested the 75-AH battery. Between the on/off float levels, the volume in the sump was about 6 gallons. The flow into the sump was adjusted to approximately 1.5 gallons per minute (gpm), so the pump ran every four minutes for about 30 seconds.

At the start of the test, the battery voltage was about 12.7 volts (under load) and the pump flow rate was about 14 gpm. We found that the battery had time to recover some voltage between pumping events.

After 60 hours of operation, the battery voltage dropped to about 10 volts and the pump flow rate was about 9 gpm. Although the pump was running, flow stopped within 30 minutes because it could not overcome the 10 feet of vertical lift. Thus, the 75-AH-rated battery provided at least 60 hours of basement water protection starting with a fully charged battery.

During many large rain or flooding events, the sump pump might run continuously for a couple of hours, but then the duration between pumping cycles would increase as the flow into the sump decreases.

3. Primary pump failure: How long will the backup pump operate?

In a situation in which the primary sump pump fails but utility power still is available, the backup pump will run for many days because the charger will maintain optimum battery voltage between pumping events. 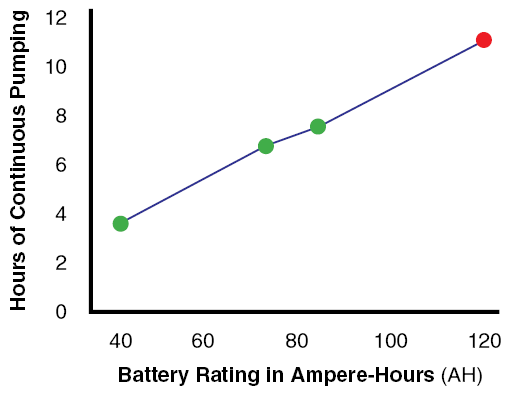 Figure 10. The hours of operation of a backup sump pump running every four minutes based on the rated AH of the battery. The red markers are estimated assuming a linear response.

The battery, being the power source for the backup pump, requires periodic maintenance checks to make sure it is fully charged and operational. The battery voltage should be checked every six months. To test the battery, a voltmeter or volt-ohm meter (VOM) will be required. They are inexpensive and can be purchased at home supply or hardware stores.

The first test is to measure the static voltage of a fully charged battery. Unplug the charger, wait a couple of minutes, and then measure the voltage between the battery’s positive and negative terminals. An acceptable range is from 12.3 to more than 13 volts. If the voltage is less than 12 volts, the battery may be getting old and losing its ability to hold a charge.

If you want to perform the second test but no water is running into the sump, again, unplug the battery charger and the primary pump. Add water to the sump until the backup pump runs, then measure the voltage.

With extended electrical outages, if someone is in the house, a 1,500-watt generator can be used to power the primary pump and battery charger. If you have no generator and the battery is running down, a standard 12-volt vehicle battery can be used in an emergency. Most riding lawn mowers, cars, pickups and tractors have 12-volt batteries, but a battery with a high CCA rating will provide the longest protection.

This publication was funded in part by the Office of Renewable Energy and Energy Efficiency, North Dakota Department of Commerce.

Special thanks to James Moos and Elton Solseng, NDSU Agricultural and Biosystems Engineering, for setting up the test stand and helping run and record results from these tests.