Below are bios on our key Center staff. The bios of our consultants can be found by following these buttons: 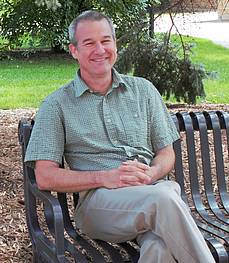 I have taught writing for 20 years, from creative to technical writing, from composition to business writing to graduate academic writing. I have a BA in political science from Stanford University and an MFA in creative writing from the University of Alaska Fairbanks. Before coming to Fargo, I taught communication at the University of Michigan’s School of Business. In 2008, I came to NDSU and developed a graduate writing center as well as several graduate writing courses (see HERE). In 2017, NDSU’s writing centers united, and I became director in March 2018.

I grew up in Italy and Germany and, in the last millennium, represented the Soviet space organization in the U.K. and launched the project that brought a sponsorship-funded British astronaut aboard the MIR space station. I also worked in sports television, where I won an Emmy Award for winter Olympic Games coverage.

More recently, I worked as a freelance writer, a grant writer, a translator, and editor for Mushing Magazine. More importantly, I was a stay-at-home dad for several years and raised bilingual children. I miss my native Italy’s good food, wine, and Alps, but I am fascinated by the wide open spaces of the US and the creative tensions that grow from a national spirit that values both individualism and community. 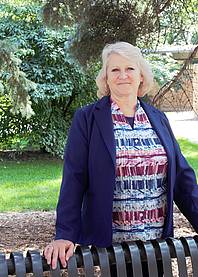 I am a bona-fide product of North Dakota: I was born and raised in Bismarck, and I earned my B.A. in English Education and M.A. in English at NDSU.

After teaching secondary language arts for a short time, I became a graduate instructor in the NDSU English department and, eventually, a lecturer and assistant to the director of the Center for Writers.  Currently, I serve in three capacities:  Associate Director of the Center for Writers, Senior Lecturer in the Department of English, and Academic Advisor for English Education.

Over the years, I have taught a variety of courses at NDSU:  College Composition I and II, Methods of Teaching English I and II, American Literature I and II, Peer Tutoring and Writing in the Disciplines, Writing in the Health Professions, Grammatical Structures, and World Literature.   My academic interests include the history of writing instruction, writing across the curriculum (WAC), writing in the disciplines (WID), writing center theory and practice, and early American and British literature.

My free time is spent with my husband, four grown children, their spouses, and nineteen grandchildren.  In addition to traveling to warm climates, I enjoy volunteering and teaching at my church. 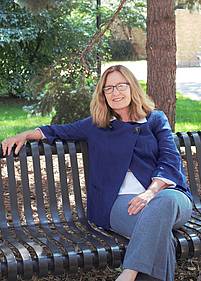 I come to the Center for Writers with a background in teaching and an emphasis in teaching writing composition. My B.S. is in Early Childhood Education from New Mexico State University and my M.A. is in English from North Dakota State University. For several years I worked as a disciplinary consultant for the College of Human Development and Education. As a disciplinary consultant I worked with graduate students and faculty on a variety of initiatives from NSF-GRFP grant proposals to developing writing rubrics for disquisitions. Now, as a generalist writing consultant I work with graduate students and faculty across the university in one-on-one, workshop, and classroom settings to support both writing and writing instruction.

I think that one of the best aspects of being a writing consultant is trying to demystify the writing processes—perhaps through explaining a point of grammar or diagnosing a problem with “flow.” And, while writing, especially academic writing, is complex and can be frustrating and overwhelming, it is also incredibly important to us as students, faulty, and an institution.