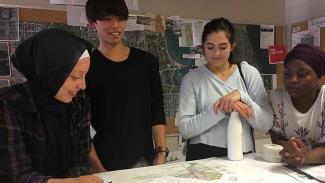 A team of architecture students experienced what it is like to work on an important project, on a tight deadline, under the direction of a boss. Throw in that the team included high achievers with strong opinions and different life and cultural experiences – let’s say there was some healthy disagreement at times. They worked through it, bonding as a team and meeting the deadline with a successful project.

They are members of NDSU’s student chapter of the National Organization of Minority Architects, which has a mission of promoting diversity in the architecture field. The project was for a national student design competition, and 11 students representing 10 countries brought their ideas, strengths and energy to the effort.

They had an amazing experience that allowed them to show what they can do, giving them work samples for their professional portfolios and credit toward licensure. They also gained experience with skills, such as teamwork, time management and problem-solving, that they will need as practicing architects. “It gave us a glimpse into the future of working in the real world within an architecture design firm,” said NDSU student chapter president Noor Abdelhamid, a senior from Egypt.

The organization is one of NDSU’s newest student groups, and fall 2018 was the first time the members participated in the design competition. Their task was to design a transit-oriented development on a site in Chicago. Two key aspects of the project were providing housing and amenities to the neighborhood and a connection to the proposed Obama Library. The site was on top of and surrounding a commuter train station.

To prepare for the competition, the students turned meetings into a studio environment similar to how practicing architects work. They printed maps, pinned research, made sketches and spent long hours working on designs and models.

They also found advisers who brought both academic and private sector perspectives. Bakr Aly Ahmed, associate professor of architecture, and Douglas Hanson, AIA, an NDSU graduate who owns an architecture firm in Los Angeles and works as a visiting instructor, provided feedback and guidance on design and how architecture teams operate.

Designing for the competition and working as team, with members ranging from first-year to fifth-year students, was new for the students. At first, they had different ideas about how to proceed. Over the two months of the project, they figured out how to make decisions, how to collaborate and how to organize themselves to get the work done. They even found they were teaching each other. Musab Ataelmanan, vice president of the group and a junior from Sudan, noted they learned a lot working as a group.

They traveled to Chicago in October to present at the conference. The team wanted their design to generate revenue for the neighborhood, so it included rental units, small businesses and ways to generate foot traffic. Competition judges had good things to say:

The team impressed their advisers, too. “These young architects are ambitious, and it will pay off as they move through school and enter the profession,” Hanson said. “I would be happy to have any of them in my office.”

NDSU has nearly three hundred student organizations that provide these types of experiences. Explore the options that will help you become the person you are meant to be. 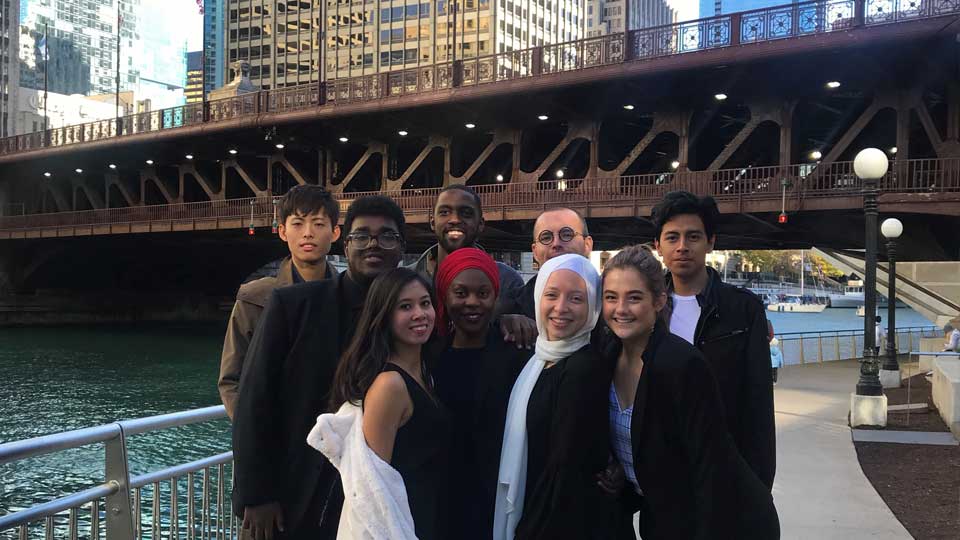