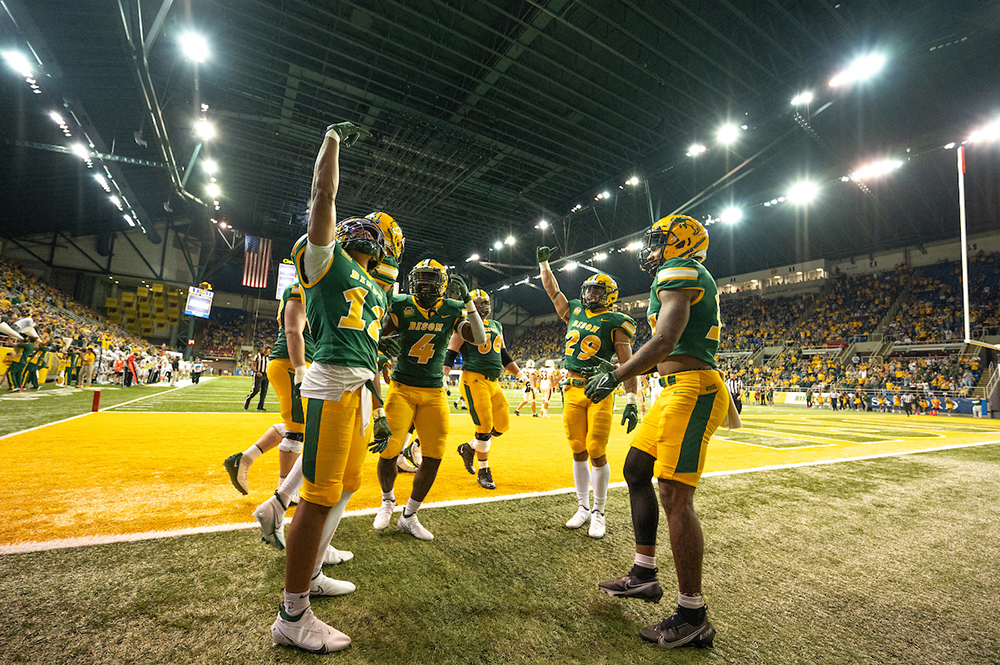 The NDSU football team will play for its ninth Football Championship Subdivision national title since 2011 on Saturday, Jan. 8.

The game against Montana State University is scheduled for 11 a.m., at Toyota Stadium in Frisco, Texas. It will be televised nationally on ESPN2.

NDSU defeated Montana State during the 2018 and 2019 postseasons on the way to national titles. NDSU defeated the Bobcats 52-10 in the second round of the playoffs in 2018, and earned a 42-14 semifinal win against Montana State in 2019.

Montana State first-year head coach Brett Vigan was a longtime NDSU assistant coach who helped the Bison to three national titles as offensive coordinator. He also was an NDSU student-athlete.