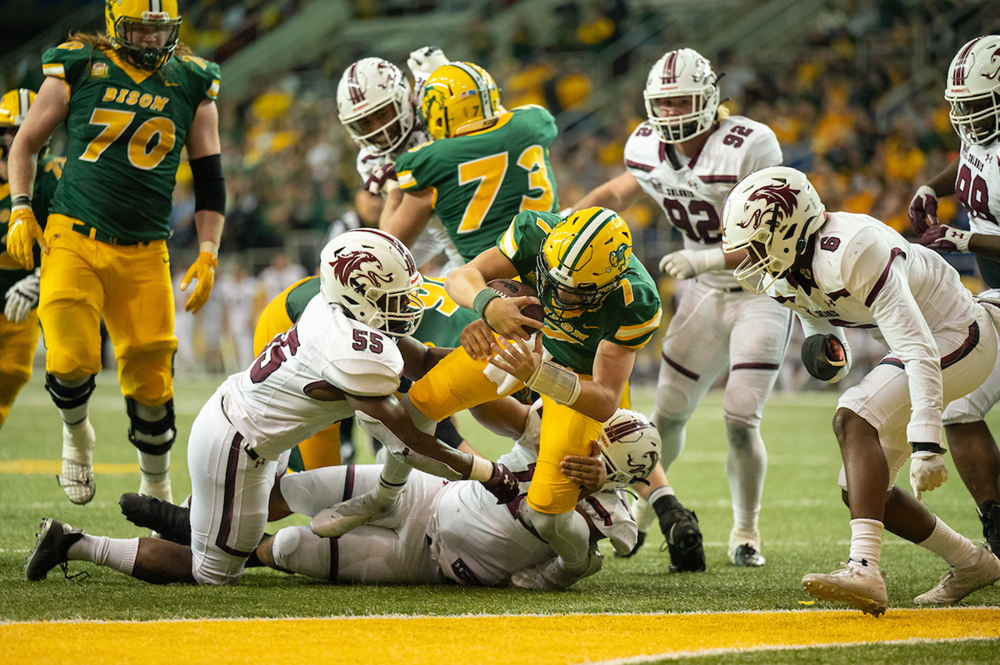 NDSU will play for its 10th NCAA Division I football national championship since 2011 on Sunday.

The game against Missouri Valley Football Conference rival South Dakota State University is scheduled for 1 p.m. at Toyota Stadium in Frisco, Texas. It will be televised nationally on ABC. The game also will be broadcast throughout North Dakota on the Bison Radio Network.

The Bison (12-2) advanced to the title game with an intense 35-32 win against Incarnate Word at the Fargodome. Top-seeded SDSU (13-1) beat Montana State University 39-18 in the semifinals. It will be the first time in 113 total matchups, dating back to 1903, that NDSU and SDSU will meet for the Division I championship.

The football programs are very familiar with each other. NDSU leads the all-time series 63-45-5. The Bison are 10-9 against the Jackrabbits in regular season matchups for the Dakota Marker trophy.

SDSU defeated the Bison 23-21 earlier this season on Oct. 22 in Fargo. The Jackrabbits have won 13 consecutive overall games this year.

NDSU defeated Montana State 38-10 for the 2021 national title. No school has won more Division I national football titles than NDSU (nine) in the history of the subdivision, which began in 1978.

To find a watch site in your area, visit the NDSU Foundation website. Other important championship information also can be found online.