‘It was one of the most rewarding experiences’ 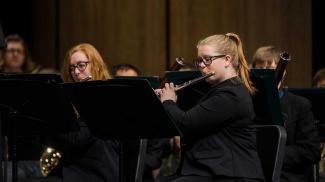 Your time at NDSU will be filled with interesting experiences and moments you’ll carry into your future.

One example is a recent tour by NDSU’s Wind Symphony, which includes musicians from a variety of academic majors.

The group was the first American ensemble to ever perform in the Spanish Hall.

“It was such a surreal experience,” clarinetist Lauren Anne Sampson said of the symphony’s performance before a sold-out audience of 600 dignitaries. “It was one of the most rewarding experiences I will ever have throughout my college career.”

The castle’s Spanish Hall is rarely open, usually used only for official state events or receptions by the president of the Czech Republic. Built in the early 1600s, its Old World grandeur makes the hall a memorable place to perform.

“Playing in front of dignitaries, government officials and the Czech people was thrilling,” said hornist Matthew Winarski, a graduate student. “The Prague Castle is a beautiful, ancient building with a rich history. It was a great honor to perform in the Spanish Hall—a room reserved for official guests of the Czech Republic.”

More than 65 NDSU students, faculty, chaperones and alumni participated in the tour, sharing a once-in-a-lifetime experience.

Visit campus and see where your NDSU experience takes you. 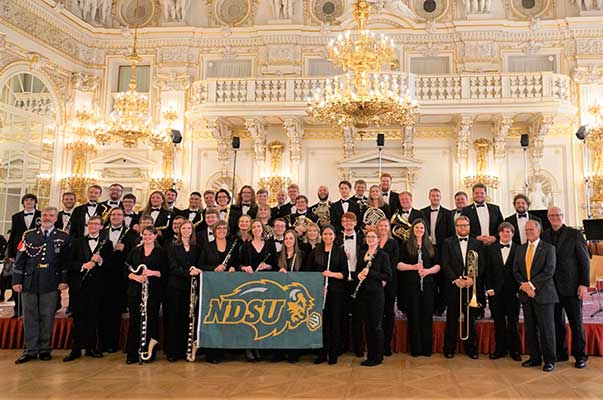 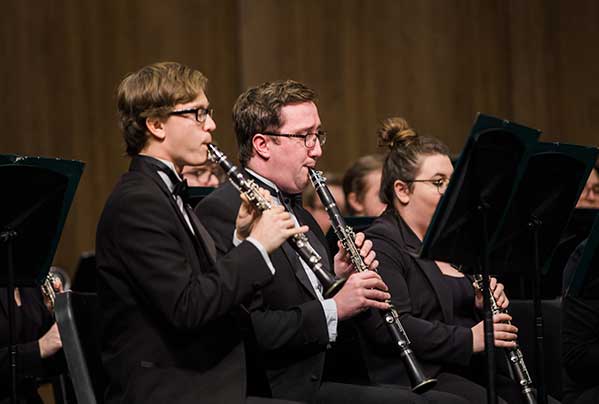