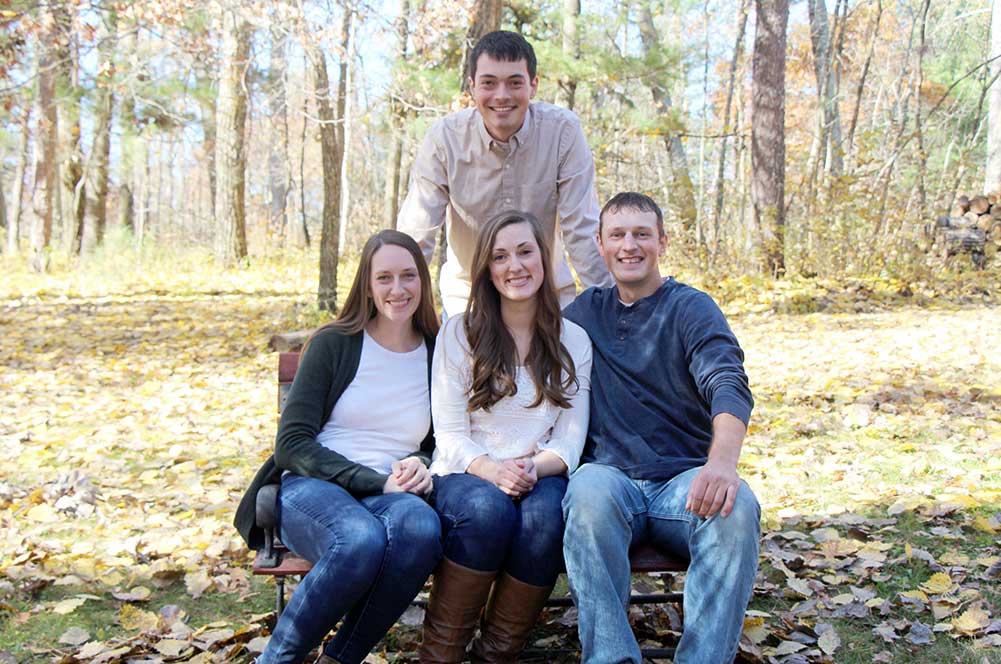 The Hagemeyer family has had seven members graduate from NDSU in less than a decade.

All four siblings, John, Anna, Caylee and Connor, and three of their spouses had memorable and rewarding NDSU experiences as they earned their degrees.

Connor, the youngest, is a graduate student studying horticulture. He earned a bachelor’s degree in December 2018.

“NDSU gives students a place to belong, and all of us found that here,” said Connor, who is from Clara City, Minnesota. “The student focus is often overlooked at other institutions, but at NDSU it’s evident in the opportunities to get involved and the way professors encourage students to succeed.”

Growing up, Connor was surrounded by people who were proud to be part of the NDSU community. His three siblings and three in-laws that attended the university told many stories about lifelong friendships, and classroom and life experiences.

“They all enjoyed their time at NDSU so much that they wanted me to have the same experience,” Connor said. “I looked into other schools with similar programs, but NDSU was the best option. The affordability and the fact that NDSU is so student focused are some of the main factors that lead to my decision.”

Although Connor didn’t attend NDSU at the same time as any of his siblings, they all share a unique connection now. Being a graduate of NDSU creates a bond between them that they’ll have forever.

“I think a Facebook post from my mother last year sums it up well. After the Bison won their seventh national championship, she posted a photo of her own “seven-peat” which was a picture of us kids and in-laws who all went to NDSU,” Anna said. “Our common choice in school bonds us together by giving us opportunities to cheer on the football team together and it also gives us opportunities to return to NDSU together.”