So if capitalism and free enterprise refer to the same system, why does capitalism get such a bad rap?

The term “capitalism” has negative connotations due in part to the many pervasive, albeit false, myths that have been spread about it.

In this series of blog posts, I will shed light on some of the most controversial myths about capitalism. I will look to data and research to discover which myths are bolstered and which myths are busted.

Here are some of the myths you can look forward to hearing about:

If these topics sound interesting to you, stay tuned for my upcoming blogs. If there is a myth you’ve heard about capitalism and you’d like to know what the research says, please write in with your myth to ndsu.pcpe@ndsu.edu 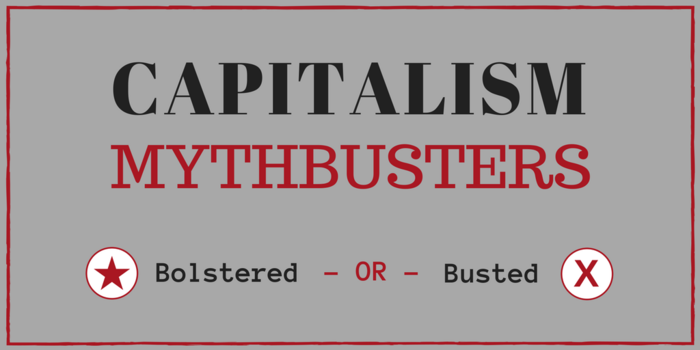