ABOUT THE INSTITUTE: NPEI SCHOLARS 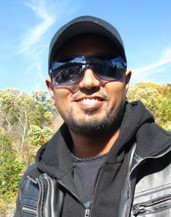 Research interests:Ethics of Community Development, Quality of Life, Environmental Ethics, and Distributional Justice. Felix Fernando completed his PhD in Natural Resources Management program at NDSU with a focus on Sociology and Economics. He has a strong background in environmental science, forestry, natural resources, business, sociology, and economics. His research focuses on the ethical implications of energy development in western North Dakota. Felix is currently working as a post-doctoral fellow at University of Dayton. 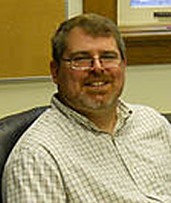 Research interests: Virtue Ethics, History of Ethics. Anthony T. Flood is an Associate Professor of Philosophy in the Department of History, Philosophy, and Religious Studies at North Dakota State University.  His current research, which draws on the thought of Thomas Aquinas, addresses how the various ways a person relates to oneself impact and shape relations with others.

Dr. Mark Hagerott is an Historian of Technology who formerly served in the faculty of both the Cyber Security Studies and History departments at the US Naval Academy. He was  also a Fellow (NR) at the New America Foundation, and served as a member of the Defense Science Board Study of autonomous machines in 2015. He was among the first US military veterans to present before the UN Convention in Geneva on the future of lethal autonomous weapons in 2014, calling for consideration of early arms controls of advanced military algorithms and lethal robots.  His research and writing is now focused on the rapid evolution of digital machines and the technical and social implications for education, work force, and community vitality.

Earlier in his career, Hagerott served as a chief naval nuclear engineer, where he led the defueling of two atomic reactors.   He has been widely published, to include pieces in the Northern Plains Ethics Journal, the National Academy of Sciences, Engineering, and Medicine (Issues.org), Foreign Policy Magazine, Chronicle of Higher Education, Slate Magazine, EDTECH Magazine, the Naval War College Review, Naval Institute Proceedings, and the  International Journal of Critical Infrastructure Protection.  He has published book chapters on changing technology and military workforce development, and was awarded the John D. Hayes Fellowship in Naval History in 2007.

Hagerott holds a master’s degree from Oxford University in Politics and Economics (where he was a Rhodes Scholar) and a PhD in the History of Technology from the University of Maryland. He also served as a White House Fellow.  He hails from a fourth generation North Dakota family who homesteaded before statehood, and members of his family continue to farm near Mandan today. 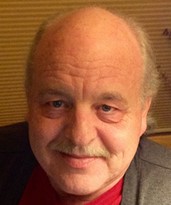 Research interests: Business Ethics, Religious Ethics. Bradley Morris is a senior lecturer in Philosophy at NDSU.  A native of Fargo, he did his graduate work at the University of Iowa.  His current research interests include business ethics and religion and ethics. 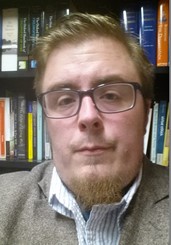 Research interests: Well-being and good life, bioethics, and the metaphysical foundations of ethical theory. Dr. Adam Taylor studied philosophy at the University at Buffalo (SUNY) where he earned his PhD in2014. Since 2013 he has had a full-time appointment as Lecturer in Ethics and Philosophy a tNorth Dakota State University where teaches Introduction to Ethics, Contemporary Moral Issues, and Professional Ethics. His primary research interests are in the metaphysics of personal identity, ethics (particularly well-being), and the philosophy of religion. He has collaborated with David Hershenov on a series of papers about personal identity, autonomy, freewill and bioethics, the first of which appeared in the Journal of Cognition and Neuroethics in 2015. His work has also been published in Philosophical Studies and Religious Studies. He enjoys making yearly trips to Western NY to visit philosophically minded colleagues and friends, and because it is impossible to find decent hot wings in the Midwest.