The department has a rich history of scientists. In the early 1900's, H.L. Bolley, the first plant pathologist at the University, was instrumental in the development of a certified seed program in the state and did extensive work on soil borne disease problems such as flax-sick soil (Fusarium wilt) and common root rot of wheat. Later, scientists such as Wanda Weniger, the first female faculty member at the ND Agricultural Experiment Station, carried out extensive work documenting the diseases of cereal grains across the state. While at NDSU, H.H. Flor developed his gene-for-gene theory of the interaction between virulence genes in the pathogen and resistance genes in the host. R.L. Kiesling was the first chair of the Plant Pathology Department, and was instrumental in the growth of the research and educational efforts of the department.

Henry Luke Bolley was the first plant pathologist in the North Dakota Agricultural Experiment Station. Born in Indiana and educated at Purdue University, he found his way to North Dakota as one of the original faculty members at the new North Dakota Agricultural College in 1890. He was a very forward thinking scientist and his accomplishments were many. His first work in ND was in establishing the cause and treatment for potato scab. His identification of the causal organism was predated by Thaxter by about one month, but his treatment protocol was the first. He established the ND Pure Seed and Weed Law, developed the Certified Seed program in the state, and an Herbarium at the college. His work with soil borne pathogens was marked by his explanation of "flax sick soil," identifying the disease as being caused by Fusarium oxysporum Schlecht. f. sp. lini (Bolley) Snyd. & Hans.) and the root rot hazards from continuous cropping of wheat (caused by Helminthosporium sativum). There are plots on campus, originally established by Bolley, that are still used to evaluate new germplasm and study these diseases. The flax wilt plot (Plot 30) was 100 years old in 1997 and has been used continuously over that period of time.

Bolley expended a considerable effort to educate the growers of the region about plant diseases and nearly lost his job over the effort. A few of his educational posters still remain. A group of bankers and railroad officials formed an organization called the Better Farming Association. As a result, Bolley and others were locked out of their labs, their research funds were confiscated, and charged with unscientific conduct. Bolley was finally exonerated, but his plight was documented by Upton Sinclair in The Goose-Step: A Study of American Education (1923).

Bolley, truly one of the pioneers of plant pathology, also worked extensively behind the scenes to promote the USDA barberry eradication program. It was ND that first legislated a state eradication program, legislation that was penned by Bolley (1916-17). He had established the importance of the link to barberry by screening domestic and exotic wheat germplasm, some collected by him in Russia, in a barberry thicket. Late in life, Bolley commented that he felt this to be his most important contribution to science and society.

Ever a sportsman, he enjoyed hunting and fishing as well as two stints as the football coach at the college, instituting the team in 1890. A story is passed down from Rodney Hastings, a former Seed Commissioner appointed by Bolley as his successor, about Bolley's coaching. Bolley considered it the lowest point in his career when at a game against the University of North Dakota, the other state college from 70 miles to the north, he lost his composure. The score was tied. It was late in the game. A North Dakota halfback came around the end and broke into the clear. Bolley screamed at his team to catch him. When it became apparent that no one would, Bolley took control of the situation. He ran onto the field himself and demonstrated a perfect coaching example of an open field tackle of the opponent. The officials conferenced for a considerable time and finally decided to award a touchdown to North Dakota, giving them a win in the game by the margin of that score.

Bolley continued teaching and research until his retirement in 1945. The highest degree Bolley had earned was a Master of Science from Purdue in 1888. He was granted Honorary Doctor of Science degrees from Purdue in 1938 and NDAC in 1939. Bolley passed away in 1956 and is interred at Riverside cemetary in Fargo.

A large collection of Henry Luke Bolley's papers were saved from destruction in the early 1960's by Bolley's successor as Station Botanist, O.A. Stevens. The collection, which is housed in the Special Collections and Archives of the NDSU Libraries, consists of 102 boxes of papers, 4 boxes of photos, and 4 files of oversize material. 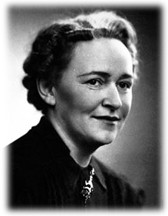 While on staff, she researched cereal and forage crop diseases, contributing regularly to the Annual Experiment Station Reports. Despite having lost her faculty rank, she continued scientific study, authoring "Diseases of Grain and Forage Crops in North Dakota", ND Ag. Exp. Station Bulletin 166, May 1923. 92 pages, and revised it in 1932 (published as Bulletin 255, Jan. 1932. 97 pages).

In addition to the work listed above, she continued to be very active in science, despite a lack of formal recognition from the college. She served as an Abstractor for Biological Abstracts and as a private researcher on the parasitic fungi of ND. She was a member of AAAS and became a Fellow of the society in 1925. She served the Biological Stain Commission, Sigma Xi, the American Association of University Women (AAUW), and the Fargo Fortnightly Club (1929-1974). She also developed, with her husband, a company called Farm Management Service. This venture was targeted as a service for out-of-state farm operators. They might now be looked back on as the first agricultural crop consultants in North Dakota.

Dr. Weniger Brentzel was recognized with many honors, including: Who's Who in ND, Who's Who in the Midwest, and Who's Who of American Women; editor and writer of ND Club Women; founder of ND Mental Health Association (1952); Governor's Committee for Status of Women (1964); nine years on the Fargo Board of Education, President 1946-1947. Weniger also initiated a bookmobile project and got funds for the first Bookmobile in ND (~ 1950), was on the Advisory Board for the Fargo Nursery School (for children of working mothers, 1942-1955), and was on the General Federation of Women's Club Board of Directors where she helped in the production of a publication entitled "Work in the Lives of Married Women - Columbia Press, 1957).

Obviously she was a very active woman. In addition to her professional and community service activities, she was an active hobbyist. She operated a Federal Bird Banding Station in her home, banding more than 22,000 birds of 97 species. She was also a book binder and stamp collector.

The Brentzels had one son, Edward, who completed college and worked as a mathematician and geologist. Dr. Weniger Brentzel's brother, Willibald Weniger, was successful in his own right, becoming Head of the Physics Department and Dean of the Graduate School at Oregon State.

Harold H. Flor was born May 27, 1900 in St. Paul, MN. He received his MS Degree from the University of Minnesota in 1922 and his PhD from the same institution in 1929. He began his career with the USDA at Washington State University studying bunt of wheat. He was transferred to the North Dakota Agricultural College in 1931 to study flax diseases.

Dr. Flor's research on flax rust showed resistance in flax was dominant to susceptibility and the genes conditioning reaction occurred as multiple alleles at five loci. He then selfed and crossed many races of Melampsora lini, the flax rust fungus, and found virulence to be recessive to avirulence and inherited independently. His resesarch suggested that for each gene conditioning resistance in the host, there was a corresponding gene conditioning pathogenicity in the parasite. Furthermore, detection of these genes in the host or parasite was possible only when the other member of the pathosystem was present. Dr. Flor was the first to study simultaneously the genetics of the host and parasite, which allowed him to deduce what is popularly known as the gene-for-gene hypothesis.

Dr. Flor's interpretation of host-parasite genetic interaction has proven to be a critically important paradigm in plant pathology and of extraordinary utility in the breeding of disease resistant cultivars. It has been used extensively to explain genetic relationships in different rusts and in other diseases, as well as in diverse symbiotic relationships such as plants and herbivorous insects.

Dr. Flor received many awards for his research contributuions: the USDA Superior Service Award in 1957, Outstanding Achievement Award from the University of Minnesota in 1962, and Doctor of Science from North Dakota State University in 1963. From the American Phytopathological Society, he received the Ruth Allen Award in 1966, the Stakman Award in 1967, and the Award of Distinction in 1980. He was named Fellow in 1965 and elected President of APS in 1968. 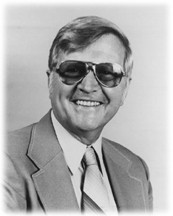 The Plant Pathology Department was formally established July 1, 1960. As professor and chair, Dr. Richard L. Kiesling was instrumental in making the department what it is today.

Dr. Kiesling was born November 20, 1922 in Illinois. He graduated from high school in Rockford, IL in 1941. While serving in the US Army from 1943-46, during World War II, Kiesling was stationed in Europe. Kiesling attended the University of Wisconsin, Madison where he received his B.S. in Plant Science, with minors in Entomoloty and Agronomy, in 1949. In 1951 he received his M.S. in Plant Pathology and in 1952 his Ph.D., both from the University of Wisconsin. From there Kiesling went to Michigan State University where he held a position as Assistant Professor of Botany and Plant Pathology from 1952-57 and Associate Professor from 1957-60. While at Michigan, Kiesling and another scientist, John Grafius, were responsible for the development of two new varieties of oats, Coachman and AuSable. The varieties were made available for the 1965 growing season.

No curriculum, either graduate or undergraduate, existed at that time. Prior to this, a few courses has been offered by the Botany department. Under Kiesling's leadership, B.S., M.S., and Ph.D. programs were developed in 1960-61. A department curriculum of eight courses was created, including 21 credits of graduate/undergraduate courses and five credits of undergraduate courses. Additional greenhouse space was completed in 1960 and Walster Hall, the present location of the department was completed in 1962. Only H.H. Flor remained in the office, greenhouse, and lab space he had occupied since 1931. The first extension plant pathologist was also hired in 1962. It is clear that the first few years in which Kiesling was at NDSU were a major turning point. The road was being paved to make the department a world leader in teaching and research.

Throughout his career at NDSU, Kiesling was involved in many research projects:

Kiesling also was very involved in teaching, and throughout his career was an advisor to over twenty M.S. and Ph.D. candidates. He developed and taught many courses, including:

Kiesling retired in 1988 after 28 years of service to NDSU. He and his wife, Fran, are both Retired Associate Faculty members of the University of Florida. They presently reside in Gainsville, Florida where he is President of the Community Association and head of the grounds in the condo development where they reside.