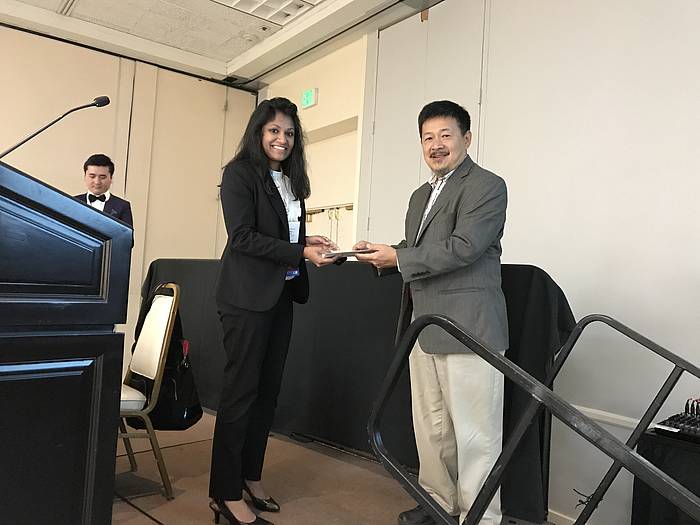 The award recognizes outstanding contributions by graduate students in basic or applied research in cereal protein chemistry. The award is presented in honor of late Walter Bushuk, a pioneer in cereal protein chemistry. Malalgoda received an honorarium at the association’s annual meeting Oct. 8-11 in San Diego, and she presented her work at the meeting. The title of her presentation was “Analysis of gliadin proteins with LC-Mass spectrometry.”

Malalgoda’s doctoral dissertation is focused on understand how pre-harvest desiccants affect starch and protein deposition in spring wheat. After graduation, she hopes to conduct further research in cereal protein and starch chemistry.