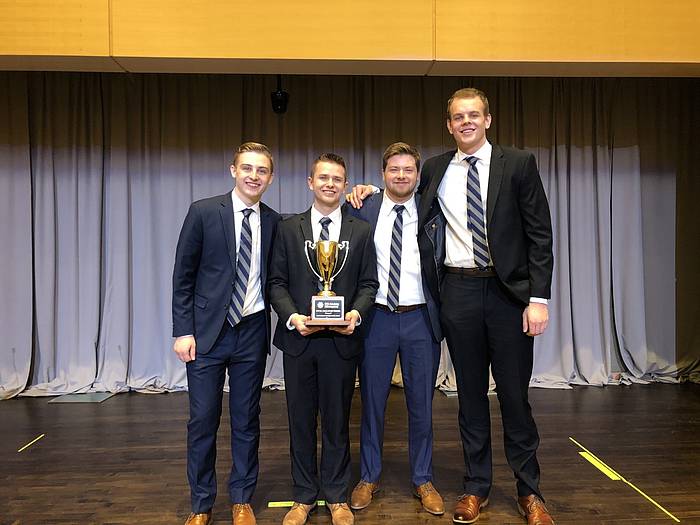 The competition requires university students to research, analyze and report on a company as if they are practicing analysts. CFA stands for chartered financial analyst, which is a professional credential offered by the institute.

“This year, the subject company was Tennant Co., based out of Minneapolis. Every team was invited to tour the facilities and ask management and key personnel questions about their business operations,” said team captain Michael Rudolph, a senior finance major from Fargo. “Every school had to turn in their report near the end of January and were graded by industry professionals. The top six reports were invited to present their analysis on the subject company in Minneapolis. The NDSU team was fortunate enough to win for just the second time in school history.”

“The competition gives NDSU a chance to compete against the other major schools in the region and showcase what we have learned over the last few years,” Rudolph said. “The Bison Fund here on campus gives the students the knowledge that we need to compete in these types of competitions and have a serious shot at winning them. It was nice to see four months of hard work on our report and presentation end in the way that it did.”

The team now moves on to the next level of competition, scheduled for April 20-21, in New York.